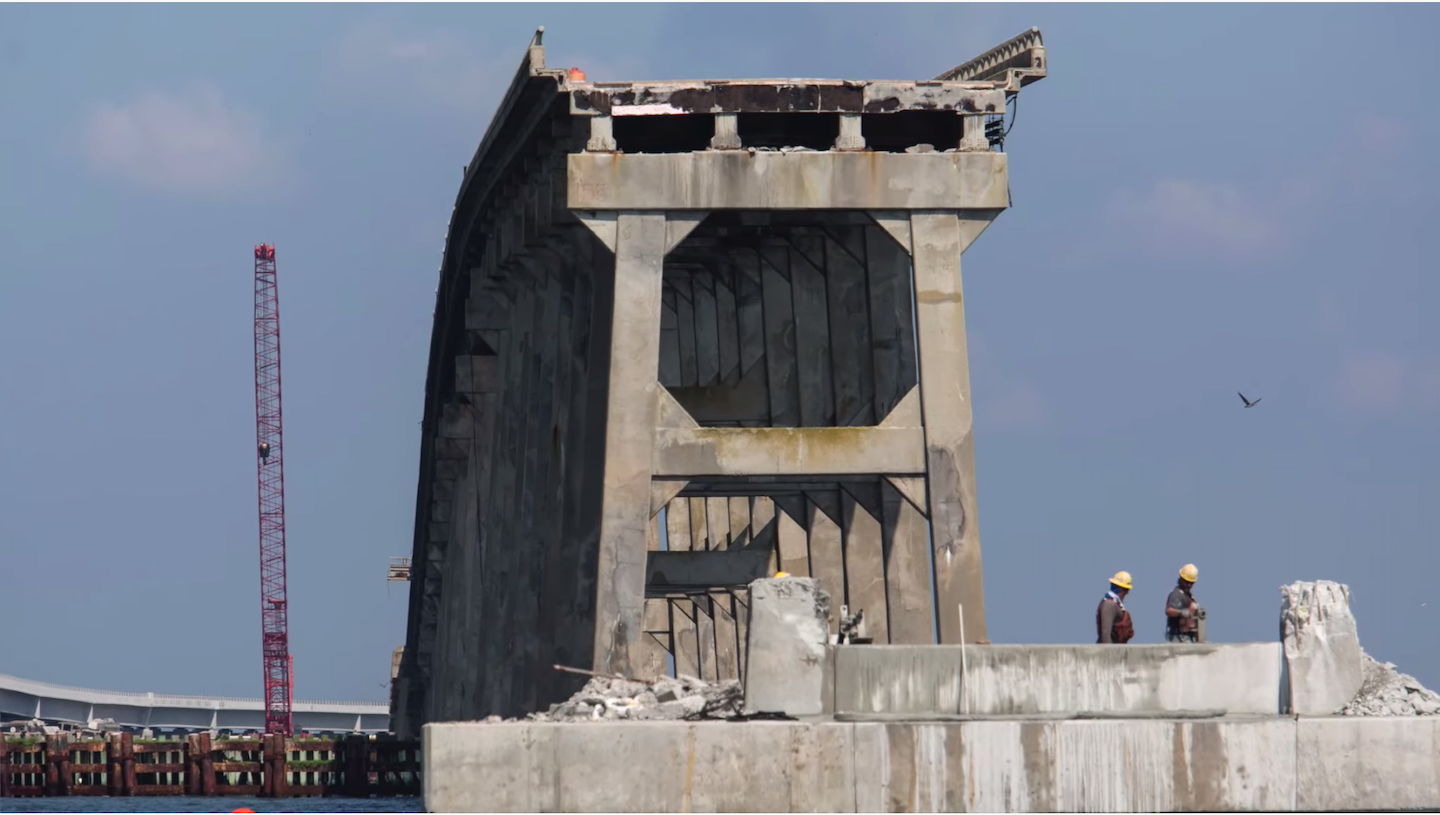 Screen shot from The Virginian-Pilot video.

After the new $252 million, 2.8-mile Basnight Bridge over the Oregon Inlet in North Carolina opened in February 2019, the dismantling of the old Herbert C. Bonner Bridge began in April. Since then, crews have removed sections from the north end and the middle of the bridge.

Pablo Hernandez, resident engineer for the North Carolina Department of Transportation (NCDOT) said no bridge that size has ever been taken apart before in North Carolina. “It’s quite an epic undertaking,” he said, according to The Virginian-Pilot. “You have to be very deliberate in how you remove the structures. We’re doing strategic saw cutting and removal of concrete so that we can take out the pieces as large as possible, but also in a safe manner.”

A hydraulic-powered machine with a 6-foot blade is being used to cut through the structure under the roadway called the cap. The blade doesn’t have saw teeth, however, it cuts through the concrete and steel like a guillotine, Hernandez told the news agency. Once the piece of concrete is cut free, a crane lifts it and sets it on a barge to be hauled to four existing artificial reefs. A total of 70,000 tons of bridge debris will be hauled offshore to be added to the reefs. The project is expected to be finished in early 2020.

Hernandez said the toughest part is extracting the tall concrete piles. They’re using large hoses to jet water around the bottom of the columns to push the sand away so that cranes can pull them out. “There are unknowns in doing that,” Hernandez told the news agency. “You don’t know if they’re going to come up easy, or is it going to take more force?” Saws are then used to cut the columns into pieces weighing approximately 40 tons each for haul off.

The video below offers a look at the dismantling process.