A North Carolina bridge under construction along I-77 had to be dismantled and removed after sustaining serious damage from the impact of a raised dump truck bed.

The North Carolina Highway Patrol reports that, at approximately noon on August 29, a dump truck driven by Richard McFarlind slammed into the bridge, according to FOX 46 Charlotte.

Troopers investigating the crash said the driver had just dropped off a load of material for the bridge project and was on his way to pick up another load, but forgot to lower the dump bed, striking the bridge that was under construction.

Due to the amount of damage to the bridge, it was removed and the highway was shut down until approximately 5:30 a.m. the next morning. The dump truck was totaled, and the driver was treated for minor injuries. He was also charged with careless and reckless driving.

A representative of the companies in charge of the interstate project, I-77 Mobility Partners and Sugar Creek Construction, told the news agency that they were in the process of analyzing how much the project’s timeline would be affected by the accident. They also said the incident was due to worker error and had nothing to do with the bridge’s clearance, which was above minimum standards. 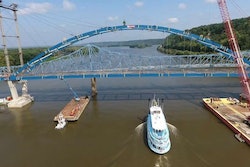 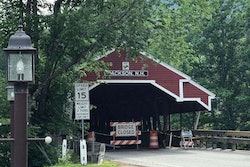