Reconstruction of First I-40 in N.C. Wins Top National Award

A $102 million reconstruction of the first section of Interstate 40 built in North Carolina has won a top national transportation award.

The I-40 section was built in 1958 and has been reconstructed into a 1.2-mile gateway to Winston-Salem. It was recently named the Grand Prize winner in the 2021 America’s Transportation Awards. The honor is sponsored by the American Association of State Highway and Transportation Officials, AAA and the U.S. Chamber of Commerce.

The roadway had been known as I-40 Business, but in February 2020, it opened as the new Salem Parkway – six months ahead of schedule, according to the N.C. Department of Transportation. The contractors were able to achieve the faster schedule after a decision was made to close both lanes of traffic on the highway – a first for the state.

“This has been an unprecedented feat,” said NCDOT Division 9 Engineer Pat Ivey at the time of the parkway’s opening. “Never in the history of our state has a section of freeway been closed in both directions at the same time for reconstruction.”

It was estimated the project would have taken six years without the complete closure. Instead, it was completed within two years.

The contractor was a joint venture of Flatiron Constructors and Blythe Development. It hired 41 contractors and subcontractors, involving about 600 workers, according to NCDOT.

The Kansas Department of Transportation’s project to revamp an old Kansas City interchange that had been a dangerous eyesore won the People’s Choice Award, which is based on online voting.

The Turner Diagonal Interchange was built in the 1960s and was supposed to have toll booths, but they were never installed. That left miles of “obsolete and hazardous ramps, cutting off land prime for development,” according to AASHTO.

The $30 million KDOT project redesigned the interchange to make it safer, reduce traffic congestion and improve access to public transit. It also boosted the local economy by improving access to area businesses and created thousands of jobs, AASHTO says.

The NCDOT and KDOT each won $10,000 to be donated to a charity or transportation-related scholarship program of their choice. They were chosen among a field of 80 nominations and 25 state DOTs. 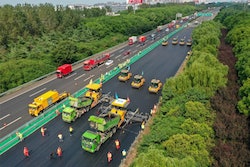 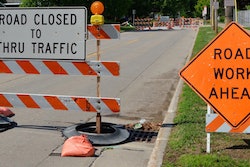 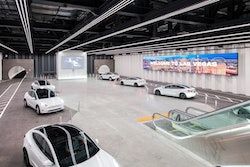