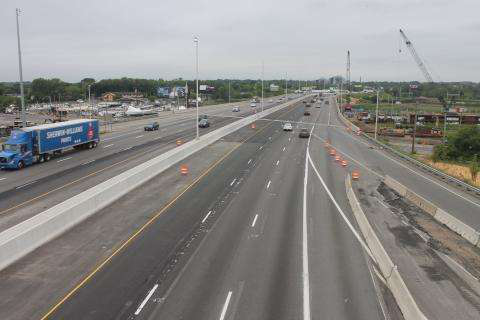 On June 4, the northbound side of the new Interstate 95 West River Bridge between New Haven and West Haven, Connecticut, opened to traffic after the completion of a $141 million bridge replacement project, NBC Connecticut reports.

The southbound side opened approximately two weeks earlier. Now, the bridge is fully open to traffic.

The 1,000-foot bridge first opened in 1958 and is one of the longest and most traveled bridges in Connecticut with more than 136,000 vehicles crossing it every day.

The four-year project, which began in 2014, included the installation of three traffic lanes in each direction and the addition of full shoulders on each side to help reduce lane closures in the event of an accident.