The American Concrete Institute (ACI) introduced its new slate of officers during The Concrete Convention and Exposition in Detroit, Mich., in March 2017. The institute announced that Khaled W. Awad was elected to serve as the institute’s president for 2017-2018, Randall W. Poston will serve as vice president for two years, and David A. Lange will serve as senior vice president for two years. In addition, four members were elected to the Board of Direction for three-year terms: H.R. Trey Hamilton, Joe Hug, William M. Klorman and Tracy D. Marcotte.

Khaled W. Awad, FACI, is the Chairman and Founder of ACTS, has served on various ACI committees, and is a trustee of the ACI Foundation. He received the ACI Henry L. Kennedy Award and the ACI Chapter Activities Award in 2007, and the ACI Certification Award in 2011. Awad is the founder of Grenea, was the founding Director of Property Development at the Masdar Initiative in Abu Dhabi, UAE, and oversaw the development of emission-free Masdar City, the world’s first development aiming to become carbon-neutral. He received his BE in civil engineering from the American University, Beirut, Lebanon, and his MA in business administration from the Lebanese University, Beirut, Lebanon. Awad is also a member of the American Society of Civil Engineers (ASCE) and ASTM International, and a Fellow of the UK Institute of Concrete Technology. 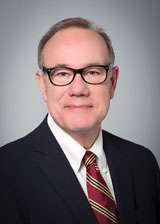 Randall W. Poston, FACI, is Senior Principal with Pivot Engineers in Austin, Texas. He is an active member of numerous ACI technical committees, and is a Trustee of the ACI Foundation. Poston received the 2015 ACI Delmar L. Bloem Distinguished Service Award, as well as awards for technical papers and personal awards for service to the profession. He is the author of more than 100 publications and was named an Engineering News-Record (ENR) Top 25 Newsmaker for 2014, and was elected to the National Academy of Engineering (NAE) in 2017. Poston is a member of the American Society of Civil Engineers (ASCE), International Association of Bridge and Structural Engineering (IABSE), Post-Tensioning Institute (PTI), Precast/Prestressed Concrete Institute (PCI), and Structural Engineers Association of Texas (SEAoT). He received his BS, MS, and PhD in civil engineering from The University of Texas at Austin, where he at the Austin Cockrell School of Engineering in 2014, and was elected to the Academy of Distinguished Graduates of the Department of Civil, Architectural and Environmental Engineering in 2008. Poston is a licensed professional engineer or structural engineer in numerous states. 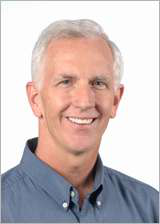 H.R. Trey Hamilton, FACI, is Professor of civil engineering in the Engineering School of Sustainable Infrastructure and Environment at the University of Florida, Gainesville. He is Chair of the ACI Technical Activities Committee (TAC) and a member of numerous ACI committees. Hamilton has received awards for papers from the American Society of Civil Engineers (ASCE), ASTM International, the American Composites Manufacturer’s Association, The Masonry Society (TMS), and International Concrete Repair Institute (ICRI). His main research and professional interests involve structural concrete and masonry design and testing, durability and evaluation of existing bridge and building structures, and repair and strengthening with fiber-reinforced polymer composites. Hamilton received his bachelor’s and master’s degrees from the University of Florida and a PhD from The University of Texas at Austin in 1995. He was a faculty member at the University of Wyoming, Laramie from 1995 to 2001 before joining the faculty at the University of Florida. 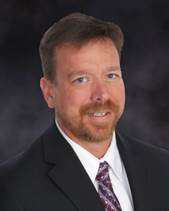 Joe Hug, FACI, is Technical Services Manager for The Monarch Cement Company in Humboldt, Kan., where he has served for 21 years. He is Chair of the ACI Certification Programs Committee and the Certification Programs Award Committee and a member of numerous ACI committees. Hug received the 2007 ACI Chapter Activities Award, the 2016 ACI Certification Award and was named a Fellow of ACI in 2016. He is a Past President of the Kansas Chapter of the ACI and currently serves as Secretary/Treasurer for the chapter. He previously chaired and has remained active on many chapter committees, and assisted with both the 2005 and 2015 ACI Conventions in Kansas City. Hug is an active member of ASTM Committee C09, Concrete and Concrete Aggregates; the Portland Cement Association; the Missouri/Kansas Chapter of the American Concrete Paving Association; and many other regional concrete associations. He received his BS in mechanical engineering from Kansas State University, Manhattan, Kan., and is a licensed professional engineer in Kansas, Arkansas, and Missouri. 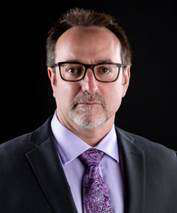 William M. Klorman, FACI, is the President, CEO, and Founder of W.M. Klorman Construction Corp., in Woodland Hills, Calif. He is a licensed general contractor and structural concrete contractor, as well as a certified special inspector for reinforced concrete. Klorman is a member of numerous ACI committees and subcommittees. He received ACI’s Roger H. Corbetta Concrete Constructor Award in 2012, was named one of “The Five Most Influential People in the Concrete Industry” by Concrete Construction in 2014, and received the Concrete Reinforcing Steel Institute’s Honors Award for Leadership. His case study of an internally post-tensioned concrete water reservoir for California Polytechnic State University, San Luis Obispo, was published in Concrete International, and his article “BIM: Leveraging Integration—Modeling a Confederated BIM at LAX’s New Tom Bradley International Terminal” was published in Structure magazine. Klorman lectures and is a guest speaker for various industry groups and universities around the United States. 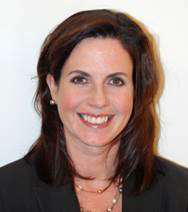 Tracy D. Marcotte, FACI, is a licensed professional engineer in metallurgical and materials engineering in King of Prussia, Pa., and promotes forensics, repair, and maintenance of structures as a profession for engineers, architects, and historic preservationists. She is the Chair of ACI Committee 563, Specifications for Repair of Structural Concrete in Buildings, and an active member of multiple ACI committees Marcotte has committed her professional life to developing standards and improving planning guides for the effective management of structures in service. She is a U.S. delegate working with delegates from 86 countries to develop international standards for concrete repair within the International Organization for Standardization (ISO-TC 71). Marcotte graduated from Queen’s University, Kingston, Ontario, Canada, and the University of Waterloo, Waterloo, Ontario, with her BASc, MASc, and PhD in materials and metallurgical engineering, with graduate research focused on steel corrosion in concrete.