A view from a bridge

Down on the Mississippi Gulf Coast for the annual meeting of the American Association of State Highway and Transportation Officials in Biloxi a few weeks ago, I took a drive to see the new bridge over St. Louis Bay.

For someone working in this industry, it’s a sight to see.

Hurricane Katrina destroyed the old 2.1-mile bridge, which carries U.S. 90 between Henderson Point and Bay St. Louis, in August 2005, creating a 45-minute detour between the towns and their surrounding communities. Mississippi DOT moved fast, launching the state’s first-ever “design/build” contract, accelerating project completion by hiring the same contractor to oversee project design and construction. The contract was awarded in January 2006 and a $5-million bonus was earned for opening one lane in each direction in May 2007, earlier than scheduled. All work on the new bridge, built higher so a draw was not needed, was completed on time by November 2007.

MDOT’s Transportation Commissioner for the state’s Southern District, Wayne H. Brown, told me that, “The federal and state engineering community and the construction community came together with one goal in mind that made a lot of the usual problems go away. So much infrastructure had been destroyed – you had no motels, restaurants not back on, concrete plants not operating, parts places not open, that sort of thing – but the usual conflicts and problems didn’t seem to come up.”

Brown also tells this story: “I’ve never heard of this happening before anywhere. The pile drivers were working all night, and then one night they were shut down. Calls came in from everywhere around the bay from people complaining that they couldn’t hear the pile drivers through the night. That’s how bad they wanted this bridge.”

Founding Father Thomas Paine was fascinated with designing and building bridges because they connected people to one another, made them integral parts of an American society not isolated outposts of it. They helped us be a better society.

There are other extraordinary bridge and road projects you can all think of, big and small, that have connected or reconnected people. But crossing this bridge on a bright, crisp fall Saturday afternoon I had this sudden, momentary flash of understanding, a realization that I am a fortunate man indeed to not only love my work but to be part of an industry that does such things.

So many people feel no connection to their work. But I have met countless people in this industry who display a sense of joy at being part of it. You guys are terrific. I was reminded of that crossing the St. Louis Bay Bridge.v 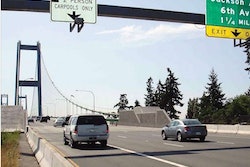 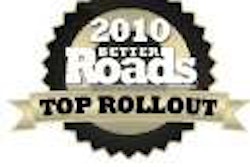 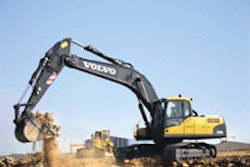