Before you can bid, tell me which candidates you contributed to.

It’s always a good idea to keep an eye on what our government does that might be the thin end of the wedge.

A draft Executive Order from the White House would force prospective government contractors to reveal political contributions. It’s designed for federal contractors, of course, but it is also an insight into the reasoning inside the White House think tanks, and as such it may possibly be indicative of the thinking in some state executive mansions and other smoke-filled rooms.

Already senior politicians from both sides of the aisle have come down hard on the draft proposal, which is entitled “Disclosure of Political Spending by Government Contractors,” while others have supported it as bringing more “transparency” to government processes. The most pointed criticism argues that the rule would do exactly what it is designed to curb, politicizing the bidding process.

The Associated General Contractors of America (AGC) says if the order becomes reality, it would make it too easy for political appointees to punish contractors for their political views or to coerce contributions from firms. AGC’s CEO Stephen E. Sandherr tells a joint hearing of the House Committee on Oversight and Government Reform and the Committee on Small Business, “This order actually introduces, instead of excludes, politics from government contracting.” U.S. Chamber of Commerce says that ensuring no administration has the capability of politically intimidating contractors is not a partisan issue.”

The draft order would require any contractors submitting a bid for federal government work to disclose two years’ worth of political expenditures and contributions, if any one recipient received more than $5,000 in a given year. This would not only apply to money companies or company officers gave to candidates or political parties but also to third-party entities that distribute the money.

A Roadmap for Intelligent Construction

As part of an effort to cut back the time it takes to go from idea to completion in transportation projects, the Federal Highway Administration (FHWA) wants to increase the use of Intelligent Construction (IC) technologies and techniques.

Speaking at the American Road and Transportation Builders Association’s Federal Issues Program and Transportation Conference Coalition Fly-In, held the third week of May in Washington, D.C., FHWA construction and systems preservation engineer Chris Schneider says there will be four initial steps to the effort.

The first step will be to identify existing and emerging IC technologies; the second to identify gaps in existing research and needs for future research. The third step will be a conference in August, probably in the Midwest, where representatives of state transportation departments, industry, academia and associations will agree on a final list of these technologies. That list, says Schneider, will become the basis of a “roadmap” that will trigger a seven-year IC development program.

The roadmap should be completed by December, Schneider says, and FHWA hopes to begin preliminary implementation and deployment by next spring. This stage will involve trying to get states to employ these technologies on pilot programs.

Take This Job and Shelve It

The latest [at press time] Associated General Contractors of America report (using federal employment data) on employment in the construction shows 5,000 jobs were added in April while the industry’s unemployment rate declined slightly to 17.8 percent, nearly twice the national average. Association officials say the figures continue a year-long trend of little change in construction employment after years of steep declines and predicted “the stagnation is unlikely to change soon.”

“The construction industry may have stopped bleeding jobs, but there is no sign that employment levels are set to bounce back,” says Ken Simonson, the association’s chief economist. “With declines in public sector investments likely to offset increases in some private-sector construction activity, we are unlikely to see significant increases in construction employment for the foreseeable future.”

According to Stephen E. Sandherr, the association’s chief executive officer, “Construction will keep suffering double-digit unemployment rates as long as federal officials continue to cut infrastructure maintenance and upkeep instead of addressing out-of-control entitlement spending. The lesson here is you can’t neglect your way to greater economic prosperity.”

The American Institute of Architect’s Architecture Billings Index (ABI) fell sharply in April. AIA says it’s the first slowdown in billings at architecture firms since last October. “Business conditions at architecture firms had been slowly improving for the past few months, so it remains unclear if this month’s [April] downturn is a bump in the road to recovery, or indicative of a longer-term reversal in the two-quarter recovery in design activity.”

Stimulus Impact? Not Really Sure.

There seems to be in Washington – and in the industry – a sense that the Stimulus was a lifeline, a success. How much impact did it have, will it have? We don’t know exactly, and neither does the DOT.

The Stimulus (The American Recovery and Reinvestment Act of 2009) provided $48 billion to the U.S. DOT to fund transportation work. By the end of March, more than 95 percent of it had been obligated to more than 15,000 projects, and the funds are paying for ongoing work.

But in a new report, the Government Accountability Office (GAO) says the reality is, “the impact of Recovery Act investments in transportation is unknown.” GAO does say that Stimulus transportation projects supported about 50,000 full-time job equivalents in the last three months of last year and that the most recent data shows that “highway projects accounted for about two-thirds of the transportation FTEs reported.” But GAO is recommending that DOT find out just which numbers and other data are needed to assess the impact the money had made, and the agency points out that DOT “has not committed to assessing the long-term benefits” of the Stimulus’s transportation funding.

“So what are we going to build? Are we going to keep cutting everything? Then Americans are going to turn around and say, why doesn’t this work, why doesn’t my school work, why can’t we fill the potholes? I mean it’s just crazy, honestly. It really is crazy. We’re in a crazy place right now.”

Kentucky ranked the worst in public-property litter removal efforts, and Washington state best, according to the 2011 American State Litter Scorecard presented at the American Society for Public Administration’s national conference. Each year, more than 800 Americans die in debris/litter-attributed vehicle accidents, according to the Scorecard. 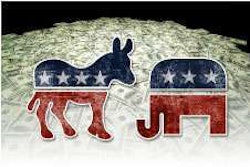 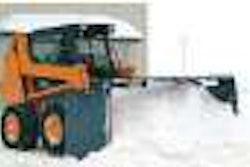