Nothing fancy here folks. Coinciding with the TCC Fly-In’s increasing the pressure on Congress to get to Reauthorizatioin,  Associated General Contractors call for some serious changes in the way the Feds handle infrastructure. I’m rushing and  in and our of meetings so no editing here, I’m just pasting in the AGC press release from this morning.

The Associated General Contractors of America outlined major changes needed to federal infrastructure programs to refocus on projects that are in the national interest and to restore public confidence in those programs. The reform recommendations are based on a new analysis the association conducted that identified a lack of focus and significant inefficiencies with the current approach to many federal programs.

“There’s no doubt investing in infrastructure is in the national interest,” said Stephen E. Sandherr, the association’s chief executive officer. “But the fact is our federal infrastructure programs have become so unfocused and ineffective that public support for funding them has declined precipitously.”

Among the recommendations outlined in “The Case for Infrastructure & Reform” are eliminating infrastructure programs, like protecting covered bridges and building bike lanes, that aren’t in the federal interest and giving state and local officials more flexibility. The association is also calling for streamlining the federal environmental review process, setting timelines for completing those reviews and for filing anti-infrastructure lawsuits and eliminating the current approach to earmarking infrastructure funds.

The association also is calling for measures to make it easier to encourage private sector investment in infrastructure facilities by eliminating restrictions on tolling highways, establishing public benefit bonds and rewarding states for enacting enabling legislation. In addition, the association identifies ways to encourage greater private sector operation of infrastructure, especially transit systems, as a way to reduce costs and improve services.

The association’s recommendations are designed to address many of the significant problems with the current federal approach to investing in infrastructure, Sandherr noted. For example, the current approach actually makes it difficult to attract private sector capital, limits state and local flexibility in building infrastructure projects and spends too much money on projects that are not in the national interest.

Read “The Case for Infrastructure Reform.”

Why the Federal Government Should Continue Investing in Infrastructure
• The Constitution – The Constitution charges the federal government with facilitating interstate commerce, including supporting interstate highways, airways and waterways.
• National Economic Security – Neglecting infrastructure undermines economic growth, weakening our power and security.
• Protect business From Hidden Taxes – Aging and unrepaired infrastructure adds shipping, delivery and delay costs for most businesses, serving as a hidden tax on their operations.
• Avoid Unfunded Mandates – As long as mandating safety standards for things like drinking water and transportation are in the federal interest, we need to keep funding those mandates.
• Save Taxpayers money – Maintaining infrastructure is cheaper than fixing it when it breaks. Investing in aging roads, locks and water systems now will save taxpayers money over the medium and long term.

What’s Wrong with Our Current Approach
• Too Many Barriers to Private Sector Investment in Infrastructure – Restrictive state and federal laws are chasing billions in private sector infrastructure investments from overseas.
• We Lack Innovative Approaches to Financing Projects – State and local officials have too few options for financing complex infrastructure projects.
• Federal Reviews Take Too Long – When it takes 13 years to get a project from concept to completion, something is wrong.
• Too Little Flexibility – State and local officials have too little flexibility, forcing them to spend money solving problems that don’t exist.
• Federal Earmarks Limit Construction – Many earmarks are an expensive way to buy press releases and a bad way to build infrastructure.
• Too Many Federal Funds are Being Spent on Programs that Aren’t in Federal Interest – We’re using federal funds to build fitness and recreational facilities and bike lanes while vital interstate commerce corridors clog and deteriorate. 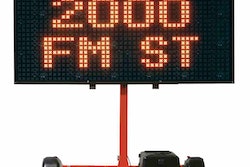 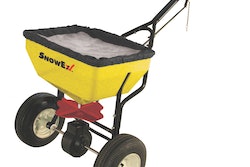 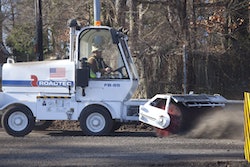