A NEW SERIES: ONE II ONE WITH SOME OF THE MOST INTERESTING PEOPLE IN THE BUSINESS

What is your reaction to the Administration’s goal of making ‘livability’ a core transportation value?

Livability makes my blood boil. Our mobility is our freedom . . . I don’t think most Americans connect to that. We can go where we want to, when we need to. Look at the roads in Russia, the total miles and the quality of the roads and you see people there do not have that freedom. Thinking about roads should stay that simple.

Will we reach a point where we start losing the battle to maintain our highways?

I think we’re there. We have a plant in Wisconsin and I was up there recently and there are roads in that state you can’t drive on . . . I didn’t think it would come to this, but we’re going to have to do it at a state level. I think our federal government is just too dysfunctional . . . A lot more money is collected at the state level and it’s starting to make sense to me.

I think what’s missing is a vision. People will follow a vision, but they won’t follow little programs aimed at maintaining roads. A vision for a new system, a new way of doing things, would get American people excited.

Ideally I’d like to see our highways with four lanes for cars and four lanes for trucks. If we took trucks off some lanes, they would last three times longer, they would stay smoother and we would have fewer accidents . . . If we added 15 or 20 cents to the fuel tax, we could build those lanes. The savings from fewer fatalities and less fuel used because ofsmoother roads and longer road life would pay for that tax increase. We could use a different structure for the truck lanes to make them last longer and stay smoother too . . . A dime in gas tax would add about $75 a year to the average driver’s budget and I think the public would go along with that if you had a visionary plan run by people they could trust.

We have more than 20 new products coming out. Since so many of our customers have concrete and asphalt plants, they have asked us to start building concrete plants. They will be highly mobile, they’ll set up onsite and you can pump it. You won’t need ready-mix trucks . . . We’ve made some really beautiful mixes already . . . we can measure the water content on the fly and you dial in the slump. The quality of concrete going into roads today is terrible. And that starts at the quarry. We’ll screen the aggregate to size, blend it and mix it in a twin-shaft mixer. Seventy percent of our customers are in both concrete and asphalt, they have asphalt and ready-mix plants. If the cement and concrete people are going to push for more concrete roads, we’re going to be able to build them better. We started by using pieces we use in asphalt plants and repackaging them . . . then building new as required from there. My goal is a concrete plant and paver that could pave as smooth as asphalt. The key to that is the uniformity of the aggregate in the mix.

What’s the key to quality roads?

The key to building a good road is drainage, drainage, drainage. The key to the quality of the road you build on that base is uniformity, uniformity and uniformity. The strength comes from the way the aggregate interlocks, not the glue. The glue you use in the mix – be it asphalt or cement – is secondary. The top surface of the road is the roof. If it leaks (like the roof of your house), the base will be destroyed. Unfortunately, with concrete, the road leaks from day one at the joints. However, a flexible pavement will stay smoother and always last longer than a hard pavement because it does not require an expansion joint.

The Shuttle Buggy is something of an icon. What’s the story behind it?

It did things we didn’t think it did. We bought a German paver in 1981 and had it in Georgia – that state had smoothness requirements even then. The paver had a 12-inch-wide screed and the angle was steep. We were leaving bumps a show dog couldn’t jump over when it stopped and started again . . . we had surge bins at the plants. So I had the idea that if we could make one that worked onsite, we wouldn’t have to stop; it would be continuous paving, so no bumps, and fewer trucks. I drew it and took it to 12 customers. No one wanted it. We finally got an order and we built it. The first sketch of mine did not hold enough mix, and to make more room, we changed the auger design so it could hold enough to do the job we designed it for. We actually used an old screw auger from a hot storage bin my father had built years before . . . We found out later that the design also remixed the aggregate and fixed the separation problem . . . then later than that, we found it also remixed cold and hot asphalt and got rid of the problem of temperature variations and cold spots in the mat. We’re building the concrete transfer machine with that auger. Better lucky than good.

The asphalt vs. concrete debate?

When you get all of the emotion out of it, then it’s clear it’s not all that competitive. Today 80 to 90 percent of asphalt is going into the top 2 inches of roads, and concrete can’t compete there. But asphalt can’t compete in the buildings and nonroad markets. So really the only head-to-head competition is for new roads, and that’s only 10 to 20 percent of the total market for both of them . . . We all work for the traveling taxpayer and we should build them the best-quality roads we can. If the agencies choose concrete, we need to make it as good as we can.

You have a number of companies, and you are very decentralized in management. They work almost independently of central direction. Why?

You get a very narrow product focus, and you get pride of ownership and authorship. 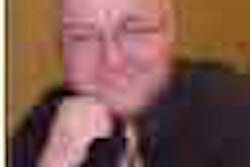 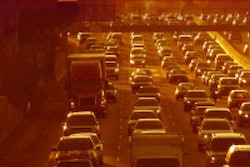 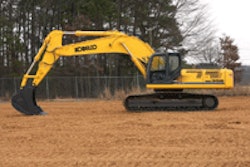