‘Back to gravel’ doesn’t have to be the only choice for a failing road … even if funds are scarce.

Ken Skorseth isn’t down on asphalt; he’s up on options for cash-strapped agencies facing expiring or deteriorating secondary roadways.

And, for a guy who’s been at the “Alternatives to Paving” table for at least a decade, he’s suddenly seen the spaces around that table fill up and overflow with hungry transportation engineers and planners.

“Number one, what’s driving this is economics. The rapidly escalating prices of highway construction and maintenance and the essentially flat budgets in local transportation is the first reason this is happening,” says Skorseth, program manager of the South Dakota Local Transportation Assistance Program. “But the second reason, and it’s huge for us in the Central Great Plains region, is the dramatic increase in the size of trucks and ag equipment, and that goes right along with the graphically increased yield of our crops, our grains. And then a third factor is that so many of the local roads are at the end of their design life.

“It’s all hitting us at once.”

Notice Skorseth uses “Alternatives to Paving” – which is also a title in his presentations – as compared to the industry movement’s more common refrain of “Returning to Gravel.” The latter connotation, he has come to understand, has painted him in some circles as an anti-asphalt guru of sorts. Returning the lowest-volume roads to stabilized gravel is an option – and a sound economic one for agencies, he says, as long as the road retains a low volume – but it is not the only option Skorseth offers. Some choices do, in fact, include the use of asphalt:

An asphalt surface treatment – not pavement but rather prime/chip – placed over a deep aggregate base. This is referred to as “blotter” in South Dakota.

Put to work widely in Australia, New Zealand and South Africa, a tactic that has caught Skorseth’s eye involves “building almost all of our structural strength to carry loads in a prepared subgrade and in base layers, and then simply constructing a very thin asphalt treatment at the surface – really nothing more than weatherproofing. It’s thin and it’s fragile, but will work if indeed you build all the structural strength to carry the loads underneath it.” This technique has promise here, he says, but admittedly “is a hard sell in North America, because our concept of a deep base layer falls short of what is needed to do these for a long life cycle.”

Using a 20-year lifecycle cost, a study conducted for the South Dakota DOT summarized that, for roads with up to a 170 ADT (average daily traffic) rating, a stabilized gravel surface is suitable. That threshold, says Skorseth, falls to 150 ADT if user costs are factored into the math. “If it goes higher than that, it’s not a good economic decision to go to gravel only, because the loss of gravel from high volumes of traffic and the frequency of maintenance needed will exceed the cost of pavement, if you calculate a lifecycle,” he says. “Of course, trying to find the upfront money to rehabilitate or reconstruct the asphalt surface is the big hurdle. That’s a lot of money at once.” With a gravel road, the initial cost may not be as high, but the maintenance is.

“It’s a catch-22 [telling an agency] to go back to gravel, but be prepared to do stage construction – ‘and hopefully you can find the money to eventually get this back to a pavement’ – with base improvement to handle today’s traffic,” says Skorseth.

Blotter, the South Dakota study concluded, is suitable up to approximately 650 ADT. Other options cited by Skorseth include:

incorporating chloride (magnesium or calcium) in to a minimum 2 to 3 inches of the layer, not solely on the surface as traditionally used for dust control;

using geosynthetics as part of the base construction; and

“in somewhat of a lost art,” incorporating a natural binder, usually highly plastic clay, into the top 2 to 3 inches. Bentonite has been used as a natural binder in Montana, western North Dakota and bits of Wyoming, he says.

Whether or not they are on the same side of the table as Skorseth in solutions, asphalt paving industry officials share many of the same concerns and observations.

“Many states have had ‘Farm to Market’ programs for quite some time. Their intent in general was to provide higher-quality routes for farmers or ranchers to market places or primary state routes,” says Mike Kvach, the National Asphalt Pavement Association’s vice president, product deployment. “Over the years, changes in the economy, the size of farm equipment and haul loads, etc., have impacted these pavements in various ways. The use and need for the route might have diminished and/or agriculture equipment increased the impact and deteriorated the pavements, and now there just isn’t any dollars to maintain these routes.”

“. . . right now, the DOT and the counties and the cities for that matter are just doing their very best to just hold on by their teeth.”

That some road agencies are contemplating or perhaps even enacting a back-to-gravel solution “is to me a warning flare from these agencies saying, ‘Let’s put our heads together and see how we can save our roadways,’” says Kvach. “I don’t think any agency wants to take out a perfectly good roadway, but rather, ‘What can we do short of just turning the darned thing into gravel or turning and walking away from it?’ There are other strategies out there, and a lot of the agencies may not be fully aware of all of the strategies available.”

The Asphalt Paving Association of Iowa (APAI) sits down with consulting engineers and with officials at the counties and cities “to provide them with best and most cost-effective ways to rehabilitate roads,” says Bill Rosener, APAI executive vice president, explaining that rehab often requires 4 to 5 inches of overlay, but that budget-tightened agencies are actually doing 2 to 3 inches “just to get them by. Even when they have some money to do rehab, they’re not doing it to the level that they really need to or should do, because they can’t.”

The secondary roads most vulnerable to cost cutting often have a sealcoat surface, “a liquid asphalt with chips applied across top, which is OK for very low maintenance,” says Rosener. “Eventually, they need to do some hardsurfacing with an asphalt overlay. These roads are well-suited for that, but the people just haven’t had the money to do it. If you don’t keep up with the chip seal or overlay with asphalt, eventually it begins to break down and turn back into a gravel road.”

If county or state agencies do decide to turn paved roads back to gravel, or perhaps more accurately simply allow this to occur somewhat naturally, they’re not going to receive any heat about it from the industry most negatively affected by such a decision. Conversely, they’ll receive nothing but sympathy from the asphalt paving sector.

“You bet I feel for them,” says Tom Gaetz, executive director, Washington Asphalt Pavement Association. “Here in America, how would we ever imagine that we could have roads being converted back to gravel because we don’t have the money to maintain them as paved surfaces?”

As with Gaetz in the Pacific Northwest, Rosener reports that such a movement is certainly not yet prevalent in Iowa, which has the 13th-longest road system in the nation, but that rumors and even anecdotal evidence suggest the practice is starting to occur in isolated situations.

“The bigger issue is that we just have a severe lack of funding,” says APAI’s Rosener, “and the counties are feeling it probably worse than anybody. There’s a severe need within our state.” A study done for the DOT in the early part of last decade indicated that Iowa needed to increase its funding for roads by $220 million annually, “just to maintain,” he says. A few minor revenue recommendations were adopted then, but the key one, an increase in the gas tax for the first time since 1988, was not. “That need’s just amplified since,” says Rosener, “and honestly, right now, the DOT and the counties and the cities for that matter are just doing their very best to just hold on by their teeth.”

There is, says Rosener, a faint glimmer of hope: As compared to his predecessor who was strongly against a gas tax increase, current Gov. Terry Branstad has appointed a committee to study the road funding shortfall and report back with recommendations by year’s end. “We’re certainly pressing for that,” says Rosener, citing a Reason Foundation report last September that ranked Iowa’s roads system 31st in the country overall. “Without any additional funding, we’re definitely going to be dropping in the ranks.”

In Washington state, Gaetz will continue to build coalitions to lobby for funding increases, based in part on past success. “When we ask for these increases, I have found that if we don’t have dedicated funds, we have lost the confidence of the voting public,” he explains. “So, one of our big deals here is that when we look at revenue packages, we identify defined needs.” A transportation gas tax increase was successfully passed in the state in 2005-06 after work by proponents included the development a list of 273 specific capital improvement projects. “We got $17 billion to address that project list,” says Gaetz, “and every one of those projects on that list is under construction and will be completed by the year 2016.

“We will have to do the same when it comes to road preservation and creating dedicated funds,” Gaetz continues, “so that they can’t be swiped away and put into general fund, which is the common practice of every legislature in the country.” The effort’s packaging, says Gaetz, will include educating the public on the difference between capital improvement projects and preservation projects, the latter having “clearly come to the top of the need list.”

Agencies in his state, operating on a solid pavement management program across the board, says Gaetz, “know where to spend the money. It’s just that they don’t have the money to spend.”

“The point would be, coming from the asphalt industry, that there are strategies that will help them retain a good roadway – a fair roadway anyway – and keep them in an asphalt program,” says Kvach, the former APAI executive now working at the national level with NAPA, “so that as the economy does return, there’s a good foundation that they can work from.

“Asphalt – and this is what I like about this industry – is a product that allows us to have all these strategies. When we say asphalt is flexible, sometimes we talk not just about the physical nature of asphalt, but its economic flexibility. We can take these various strategies, these various levels of implementation, and work with an agency to help them get to a certain goal . . . and find a long-term strategy that might work within a strained budget.”

Albeit from a different perspective, Skorseth has a similar objective. “Think big. We’ll survive, just not in the way we did from 1950 to about 2007,” he says.

“I’m not down on the asphalt industry. I’m just trying to help all of my local customers who just don’t have the money to build the strength on the surface anymore,” says Skorseth. “We have to recognize the fact that if we are going to help our customers, we’ve got to meet them where they are . . . and they don’t have an extra $3, $5 or $10 million to go out and rehab a lot of pavement.

“We’ve got to meet them where they are and see what kind of solutions we can come up with,” he says, “and that’s what we’re working on here.” 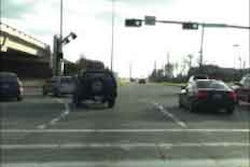