Has the digital revolution made us softer?

Work is what you see people in construction, among a handful of other professions, do. I mean work as in hard work. Physical work. Work that will tire you out and test your strength. Work that will require you to get very wet and cold sometimes, and then to sizzle and fry in the hottest suns of the year. Work that does a body some damage; cuts here, scrapes there, bruises and aches. You can go home with blood stains mixed in with the oil and the asphalt and the grease and the mud and concrete stains on your jeans. Jeans ripped and torn at work, not before they’re bought.

I know what people do with computers and smart phones is also work. I’m not out of touch. But it is not hard work. You stay dry, cool and unbloodied most of the time. And yes, I concede its productive and essential work. But that’s not the point. I’m not arguing working on a computer or a smart phone is not work (how can I, it’s what I do). But I am arguing that if you work that way, you should have the decency not to call it hard work, especially in front of a paving crew. It’s work, but it’s not hard work.

There was a time when most American boys wanted to grow up to be cowboys (I have no data, but it feels right), building an empire on the open range. Now they want to be Mark Zuckerberg and start the fad that will topple his Facebook empire. Hard work was part of the rhetoric of America. As we become less likely to do it, or certainly to want to do it, we are trying to argue that working on Wall Street or in Silicon Valley is the equal of driving a herd from Texas to Kansas. We want the myth to hang around and settle on us. We want to be today’s tough guys.

And this phenomenon may impact our industry. When high school or college graduates look at construction work and then glance over at the “intellectual properties” folks, most of them aren’t going to be undecided for too long about which path to follow. It is apparently only in beer commercials that the hard-working construction guy is appreciated today. And even then he’s often watching his carb and calorie intake.

So here’s to you, transportation infrastructure construction crews, because you are the real thing. You work hard and you build America the old fashioned way, with blood, guts, sweat and muscle. Your reputation is real. 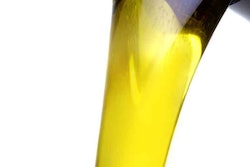 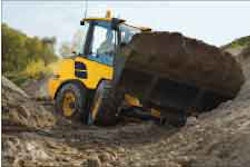