Is there anything prettier than an asphalt paver decorated with a string of Christmas lights? Well, the addition of a “Sold” sign on the side of the hopper wouldn’t be the worst thing for all of us, no doubt.

Even as they doggedly sped along Canada’s busy Queen Elizabeth Way about halfway between Toronto, Ontario, and the border at Buffalo, New York, motorists couldn’t miss the seasonally adorned paver sitting pretty outside a branch of Caterpillar dealer Toromont. The display was the result, one supposes, of an industrial belt’s version of dressing up the store windows with Christmastime eye candy.

But who’s buying a paver these days, anyway? At least that’s a question we’ve heard uttered a little too much of late – so much so that, in some minds, the non market has become fact and not just simple pondering.

And that’s unfair. The market is down, not gone.

According to figures from our learned friends at Equipment Data Associations (EDA), a Randall-Reilly company that compiles, tracks, analyzes and genuinely obsesses over equipment financing data, the U.S. market alone was on target to finance close to 1,200 tracked and rubber-tired asphalt pavers in 2010. That’s essentially the same as 2009. True, that’s a little less than half of the total for 2004, but it’s not as if nothing’s happening. Right?

Just to be sure, we watched with great interest every time a paver hit “the cyber ramp” during the final IronPlanet construction auction of the calendar year, just before Christmas. With 17,000-plus seasonal shoppers in the proverbial room that day (not sure if that means more – or less – people were busy), certainly somebody would be biting on a good used paving unit, we were hoping. And that they did.

Both 10-foot-wide, highway-class models, a 2003 Caterpillar AP-1000B and 2001 Blaw-Knox PF-5510 on the block that day each drew in excess of 50 bids. That alone is a good sign, considering a good chunk of all construction machines routinely up for bids, including across-the-board equipment types such as excavators and loaders, will fall off the screen, sold, after 20-40 bids. The rare piece will garner 80 bids; the true gem will reach triple-digits.

Of course, it’s possible the 51 bid total on the 2003 Cat and the 59 of the legendary Blaw-Knox were each the result of as few as two hungry shoppers. Even if so, that’s still much better than one bidder, or none. There’s a good reason why auction organizers drip-feed comparable machines to the audience. “Didn’t win this one? No worries. We’ve got something else you’ll be interested in coming up in just a few minutes. Just keep your eyes open . . . and your wallet.” And, at least on this auction Thursday, they did just that . . . and, almost as important, they were in actuality we.

While some key pieces of American-sourced equipment up for bids that day did, as is now norm, head either overseas or at least south of the U.S. border, the best pavers did not. The Caterpillar AP-1000B, out of Louisiana, sold to a bidder based in Texas for $71,000, or essentially 2.5 times its starting price of $29,000. Texas was also the home of the winning bidders for two key smaller Blaw-Knox pavers, including a 2005 PF-2181. As for the big Blaw-Knox, the one that drew 59 bids and stayed on the clock for 16 minutes, it “stayed” where it came from – Minnesota.

Some of you, it seems, really did want an asphalt paver for Christmas.v 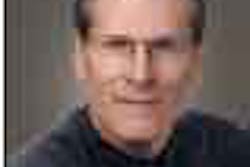 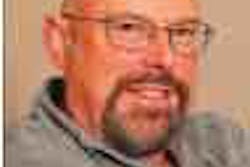 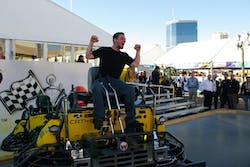 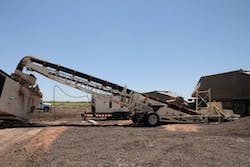