Like a three-legged stool, you need all the parts or it won’t work.

Back in the late 1960s, the Alexandria, Va.-based Salt Institute started a program called “Sensible Salting,” which was based on applying the minimum amount of salt or other proper deicing/anti-icing material at the right time. “You need to have an objective measure of what’s important to you in whatever material you use,” Salt Institute President Emeritus Dick Hanneman tells Better Roads.

Hanneman says to achieve this, it’s crucial to get plow operators involved. “If you only educate the manager and don’t educate the people on the truck – the people actually pushing the buttons – it’s unlikely to be very successful,” he says. “More than just the managers need to understand the [salting and deicing] program.”

Highways are the arteries linking our economy and our society, but only if they are open and safe. “Driving in a snowstorm increases a driver’s risk of a crash far more than driving impaired by alcohol or drugs,” according to the Salt Institute’s website. “We need to operate our roads so that would-be highway users can be assured that they and their cargos can arrive safely within a predictable window of time. Snow and ice contribute to congestion and traffic crashes. Winter weather congestion affects 70 percent of U.S. roadways.”

However, the standard definition of sustainability doesn’t really help when it comes to how often you should plow and how much salt you should use, adds Wilf Nixon, a professor of civil and environmental engineering at the University of Iowa.

“We need something that is more inclusive and more precise, if we are really going to make sensible winter maintenance decisions,” Nixon says. “Sustainability is typically defined as meeting the needs of the present without compromising the ability of future generations to meet their own needs. Sadly, this is rather imprecise,” he says. “It does not tell us whether a given activity is sustainable, or how we can develop a sustainable winter maintenance program.”

What Is Your Level of Service (LOS)?

The Winter Service Committee of the World Road Association (also known as PIARC) has been examining how to bring sustainability into the winter maintenance process, Nixon says. “The approach is that sustainability lies at the intersection of three areas of interest: societal, economic and environmental,” he says. “They represent this by three overlapping circles, each of which represents one of the areas of interest [similar to a Venn Diagram]. The area in which all three circles overlap represents a sustainable balance of the three interests of driving forces.”

These decisions often depend on societal expectations, which can change over time, Nixon says. “What do people in the area you are serving expect from winter maintenance that you do?” For example, Nixon says, a farming community might be quite comfortable with snow on the roads and may not see a need for bare and wet pavements. “If they all have four-wheel-drive cars, completely clear roads aren’t a concern,” he says. But if it’s an urban environment, bare and wet pavements may be the expectation.

These expectations, known as level of service (LOS), can change over time, Nixon says. “Maybe folks who used to live in the ‘burbs think it might be nice to get a place out in the country,” he says. “But they are very surprised when they have snow and ice as part of a daily commute when they aren’t used to it. Should that be what drives what we do, or should we simply say, ‘You moved to the country, live with it.’?

“These are sorts of questions we need to be asking,” Nixon continues. “If we don’t ask them, we’ll be saying there is a one-size-fits-all solution. We have to be much more flexible than that. What works for a city in Iowa might be completely inappropriate for an urban county in Washington state.”

There are several ways (singularly and in combination) highway agencies characterize the LOS they provide. These include the level of effort, priority of treatment, types of treatments and results in terms of pavement conditions at various points in time during and after snow and ice events, according to the National Cooperative Highway Research Program (NCHRP) Report 526 “Snow and Ice Control: Guidelines for Materials and Methods” (http://www.onlinepubs.trb.org/onlinepubs/nchrp/nchrp_rpt_526.pdf).

The level of effort category includes assigning more people and equipment to higher priority routes, providing more or less effort during certain time frames, and varying the number of people and equipment providing treatment in relationship to the predicted severity of the event, according to the NCHRP report. “The priority of treatment category includes giving first and/or more frequent treatment to higher traffic routes, high-accident/problem locations, commercial/business locations, school bus routes, transit routes, health facilities, firehouse locations and schools,” the report notes. Some highway agencies use a system of providing treatment on a highway priority basis whereby the next lower category of highway is not treated until higher category roads are in “satisfactory” condition, according to NCHRP Report 526.

The NCHRP report defines two fundamental approaches for highway agencies to use when assigning their LOS goals. The first is to evaluate existing resources and direct them toward providing a balanced LOS on a priority of treatment basis. “This is realistically the more common approach,” the report notes. The second, and preferred, approach is to assign pavement condition goals at intervals within and after a “design storm” of “x” inches of snow per hour to the various priority elements of the highway system. “Using this, and production rate (lane-miles per hour) of equipment (including deadheading and reloading) in both the plowing and materials-spreading modes, the necessary personnel and equipment can then be determined to provide the desired LOS,” according to the report.

Bill Hoffman, chief maintenance and operations engineer for the Nevada Department of Transportation (NDOT), says of the idea behind LOS: “As a whole, we are trying to balance the safety of the traveling public, mobility and reliability so it doesn’t take you one hour on one day to get somewhere and four hours the next day,” Hoffman says. “We’re trying to balance what we should be doing [along with] customer satisfaction. These are what you call levels of service.

“We are trying to do the absolute best we can, but if that means dumping 500 pounds per lane mile and it just ends up in a ditch of in streams, that’s not good,” Hoffman continues. That’s why agencies need to use technology and best practices “to help us over the hump,” Hoffman adds.

Lake Tahoe is at about 6,200-foot elevation, and to get there from Reno it’s necessary to go over an 8,900-foot pass. “The [winter maintenance] methods and operations are totally different,” he says. “Different [anti-icing and deicing] chemicals work at different temperatures, and you have to balance the type of chemicals you use.”

However, it’s particularly challenging to practice responsible winter maintenance for sustainability and still achieve a good LOS for the bridges and roads because of environmental concerns around the Lake Tahoe area. The Tahoe Regional Planning Association has national support to keep Lake Tahoe blue. “The last thing we need to do is dump tons of salt into Tahoe . . . it’s not a good move,” Hoffman says. “We are also trying to cut back on the amount of sand we are using, too, because of the sedimentation that it adds to streams, ponds and other lakes.”

In the northern part of Nevada, near Lake Tahoe, Hoffman says, the I-80 Corridor Coalition (www.i80coalition.com) was started. The coalition is composed of Nevada, Utah, California and Wyoming, with hopes that Nebraska will soon join. “Every year, the coalition gathers and discusses how to do things better during the winter … how we can connect and share information between traffic management centers in the states and how to do better winter operations,” Hoffman says. This means discussing levels of service, what materials to use when and how it relates back to sustainability. “There are the three overlapping bubbles when it comes to winter maintenance and sustainability – societal (i.e., mobility), environmental and safety,” he points out. “Where they all overlap is level of service. Maybe you don’t need to maintain the roads at level of service ‘A’ at all times. Maybe it can drop to a ‘B’ or a ‘C’ if it’s safe and people are getting through with minimal delay. That’s where the department’s economic piece comes in.”

Hoffman says the question, “Are you being the most efficient and effective?” needs to be asked. “The societal piece is multidimensional. It’s also the cost of business the DOTs have to go through with clearing the roads.”

Paul Pisano, team leader for the Federal Highway Administration’s (FHWA) Road Weather Management Team, says a “holistic” approach needs to be taken. “You can’t approach sustainability piecemeal,” he says. “It’s more a matter of framework – thinking about it from the beginning to the end.”

Approaching it as a framework instead of in just segments provides a “clearer focus,” Pisano says, so that people who have been wrestling with budgets and with safety have a better idea of what is being done and why. The idea of sustainability within the winter maintenance world is neither new nor revolutionary, but it just has been conducted in more implicit ways than explicit, Pisano says. By this, Pisano says he means that people on the maintenance side of things are thinking about long-term impacts and sustainability; it’s just that no one ever called it that. By approaching it in a more explicit manner (i.e., structured way), it increases the likelihood of success, he says.

“We’re not going to change the world with it, but it gives a more structured way to look at things,” Pisano says. “It’s not just, ‘What are we doing today?’ but ‘What am I doing today, and how do I take into account what will happen next year?’ This helps when you look at societal impacts vs. economy vs. safety. You can’t focus on one without recognizing how it will affect others. There is a balance that needs to be found.”v

*Establish institutional structure for coordinating operations on I-80 in the Western States.

*Research innovative practices from other areas of the country facing a similar challenge. 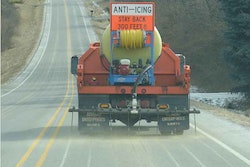 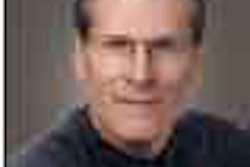 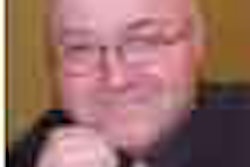