President Obama is embarrassed by the current state of America’s transportation infrastructure and he made no bones about it while talking to corporate leaders.

“I’d much rather have our problems than China’s problems. That I’m confident about. On the other hand, the one thing I will say is if they need to build some stuff, they can build it,” the president said during a Q-and-A with members of the Business Roundtable. “And over time, that wears away our advantage competitively. It’s embarrassing. You know, you drive down the roads and you look at what they’re able to do.”

The president is well aware that securing the funding necessary to improve the country’s transportation infrastructure is much easier said than done. It’s a political battle that has been going on for quite some time, and there’s still no end in sight.

“Votes on gas taxes are really tough,” Obama said. “Gas prices are one of those things that really bug people.”

Obama hopes lawmakers will soon find a revenue solution that’s “not so politically frightening to members of Congress.” One possible solution could be a complete overhaul of the way the United States currently uses the gas tax to fund transportation projects.

“It’s probably a good time for us to redesign and think through, what is a sustainable way for us on a regular basis to make the investments we need,” the president said.

Getting Democrats and Republicans to agree on something is never an easy task, but it has been done in the past, and it can be done again. Since both sides seem to be aware of the importance of securing long-term transportation funding, it’s time for both parties to put differences aside and work out a fair deal.

“We have to be able to disagree on some things while going ahead and managing the people’s business and working on the things where we do agree,” Obama said. “You know, democracy is messy, but it doesn’t have to be chaos.” 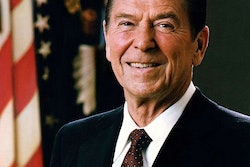