For the past five years the Cascade Bicycle Club has been opposed to the Columbia River Crossing (CRC) mega-highway, a Vancouver-Portland area project.

The biggest reason the club says it opposes the CRC is “its opportunity cost: every one of the billions of dollars we spend on this boondoggle can’t be spent on Washingtonians’ higher transportation priorities — providing safe transportation choices and maintaining the roads and trails we already have.”

The club is blunt to the point of forthrightness: “Simply put, the CRC is an example of misplaced priorities, a project pushed by the well-heeled highway lobby at the expense of Washingtonians.”

The crossing project itself, however, says of the work that the “Columbia River Crossing is a long-term comprehensive solution to problems on Interstate 5 near the Columbia River. CRC will provide new travel options and an improved highway to support jobs, the regional economy and future growth.”

There are all sorts of blog possibilities in a story like this. But this time my concern is a narrow one that I’ve addressed before. Public debate about projects such as this one is not the same as it used to be.

The days of public information and discussion coming almost entirely from newspaper and nightly television news filters are long gone. All interested parties can access the Internet and reach people in an instant, which is what the Cascade Bicycle Club is doing. And the people the club reaches are people interested in their cause, and those people send the club’s news/blog post/tweet/ Facebook entry/etc. on to other people, and so on.

Many of the people who are reached do more than read the information. They send it on to politicians with their (usually supportive, I’d guess) opinion attached, they add information to it, they interpret it, they add their outrage and concern to it and so on. Basically, they expand and accelerate the message.

CRC has a website and online media of its own and its pretty good work. Check it out. Because if you are part of a transportation infrastructure project, you’ll probably need a version of this.

Along with newspaper and television dominance as information suppliers, we have left behind the days when a major road project spoke for itself and was considered by the community as an automatically valuable thing. The value is still there, but public understanding now demands that you – along with the other guys – explain yourself.

In other words, you have a case, so make it public with all of the shiny new tricks of the communication/information trade. Because the other guys are, and they are reaching people who, one way or another, can be very influential. 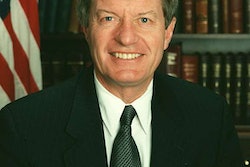 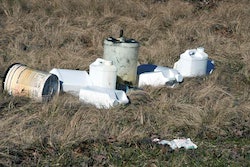 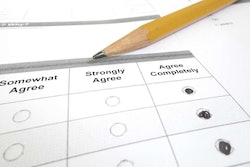