Should states allow drivers to use Google Glass behind the wheel? 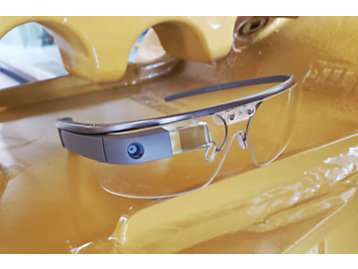 One of the first thoughts I had when I heard Google would introduce Glass was, “Will people be allowed to drive with it?”

Google Glass uses a pair of frames to place a tiny piece of glass (essentially an extremely small screen) near the right eye that allows users can see what Glass is doing without the device obstructing their vision.

My primary concern is that — though Google took care to prevent Glass from obstructing the user’s view, and though it is a hands-free device — it still has the potential to distract drivers.

It seems many state lawmakers are still trying to figure out how to approach Google Glass use behind the wheel. A report from NPR notes that Illinois Sen. Ira Silverstein has written a bill that would ban driving while wearing Google Glass.

“The first offense would be a misdemeanor,” Silverstein told NPR. “The second offense if, God forbid causes death, could be a felony.”

Eight more states — including Delaware, Missouri, New Jersey, New York, West Virginia, Wyoming — have also proposed legislation that would ban the use of Google Glass on the road, according to the report.

However, Google Spokesman Chris Dale told NPR Google Glass can actually help drivers by allowing them to continue to look up while gathering information rather than look down at a phone.

“”It was specifically designed to do that: to get you the technology you need, just when you need it, but then to get out of your way,” Dale said.

So tell me: What do you think of Google Glass? Should lawmakers allow drivers to use this device while on the road? Give me your opinion in the comments or email me at amanda.bayhi@randallreilly.com.