No tentative agreement was reached between the United Auto Workers union members and CNH Industrial during negotiations last week.

Workers at plants in Racine, Wisconsin, and Burlington, Iowa, have been on strike since May 2, two days after the union's contract with the construction and agricultural machinery manufacturer expired.

Richard Glowacki, chairman of Local 180 and president of the UAW CNH Council, said negotiations were broken off Saturday with expectations of both parties returning to the table later this week.

The last formal offer presented by CNH on May 19 was rejected by UAW with no vote being taken because the offer fell far short of the members’ bargaining agenda. CNH described that offer as a significant financial boost from its original offer on May 1.

A letter from a group of U.S. senators led by Bernie Sanders, D-Vt., and the UAW increasing pay for striking workers in June elicited no movement from CNH in the negotiations. However, shortly after Sanders and Tammy Baldwin, D-Wis., visited the picket lines, the two sides returned to the table June 14. Union leaders said CNH showed little movement from its "final" May 19 proposal.

According to union officials, the June 14 offer merely moved some of the money around to make it appear different from the previous offer. Based on the content of the proposal, negotiations halted again with no future dates scheduled until the meetings held starting August 15.

During the June meetings, Glowacki noted that the membership's demands were not being met. However, contrary to allegations being made by CNH officials, he said, the offer has been shared with membership in scheduled informational meetings.

“Morale is high on the line; our members are determined to get a fair and equitable agreement,” he said.

Within days of the strike, CNH hired a temporary workforce to continue operating the plants. However, according to UAW officials, it appears that workforce had been assembled prior to the contract deadline in anticipation of a strike, based on the company’s position at the bargaining table.

“To the best of our knowledge the quality and quantity of tractors coming out of the plant are subpar, compared to the highly skilled and knowledgeable UAW workforce,” Glowacki said.

Now in its 17th week it appears both sides are entrenched in their positions, with the UAW firmly supporting its workers via strike pay and health insurance after the company removed health benefits for the union members on strike.

CNH Chief Executive Officer Scott Wine has maintained that the company’s offer is fair and equitable, and it would like to have the workers back in the plants.

The CNH strike started only seven months after a similar challenge by John Deere workers in October 2021 that lasted five weeks, concluding with employees receiving 10% raises and improved retirement benefits. 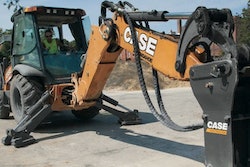 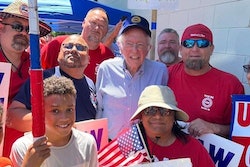 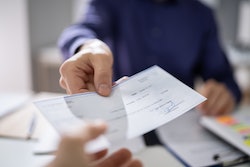