Although they won’t show up in the United States until 2016, Liebherr gave us an early look last week at the three new telehandlers it is debuting in Europe in 2015. And not to disparage European “football,” but these machines are built like an NFL running back: wide, low center of gravity and hard to unbalance.

A new frame design and large wheelbase add stability as does the deep mounting position of the telescopic boom in the frame. Fully lowered, the top of the boom surface sits well below the level of the operator’s shoulder, offering excellent visibility on the starboard (right) side.

The 45-percent, self-locking limited-slip differential on the front axle and the wide swing angle of the rear axle give the new telehandlers a sure-footed feel in difficult terrain conditions. Selectable front-wheel steering, all-wheel steering and crab steering can get you in and out of just about any tight spot. Get stuck in one of these and you may have to turn in your man card.

To maximize jobsite safety the standard load torque limiter automatically regulates the speed of the working hydraulics. Should you try to lift too much weight too far over the safe operating range, functions that would cause the machine to tip over are blocked, and only movements that allow the machine to return to a safe and stable condition are allowed. Acoustic and visual overload warnings are also given. An automatic parking brake keeps these telehandlers from accidentally moving on sloped terrain.

The company also said it plans to introduce 13- and 17-meter class telehandlers at a later date. 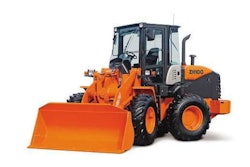 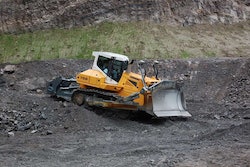 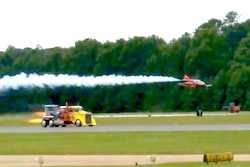