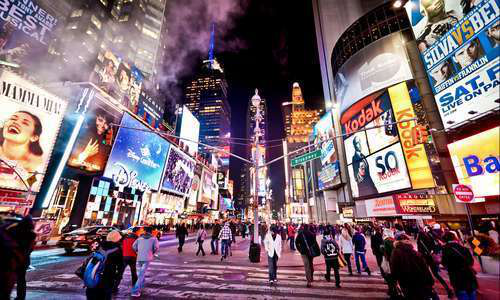 In a report that should gladden the hearts of livable cities/alternative transportation advocates everywhere, City Journal has declared Mayor Michael Bloomberg’s closing of Times Square to traffic a success.

Critics contended that shutting out vehicles on Broadway from 42nd to 47th streets would only add to congestion. But the general feeling now is that traffic is flowing better around the pedestrian zone and a quarter million daily pedestrians can now roam freely in the streets rather than be crushed up onto the inadequate sidewalks.

GPS tracking of cabs in the area surrounding Times Square have recorded travel times improved anywhere from 5 to 17 percent depending on direction. Similar plans had been proposed for decades, but it wasn’t until the New York City was able to overcome the concerns of retailers and drive out criminals, vagrants and scam artists that the car-free zone could be approved.