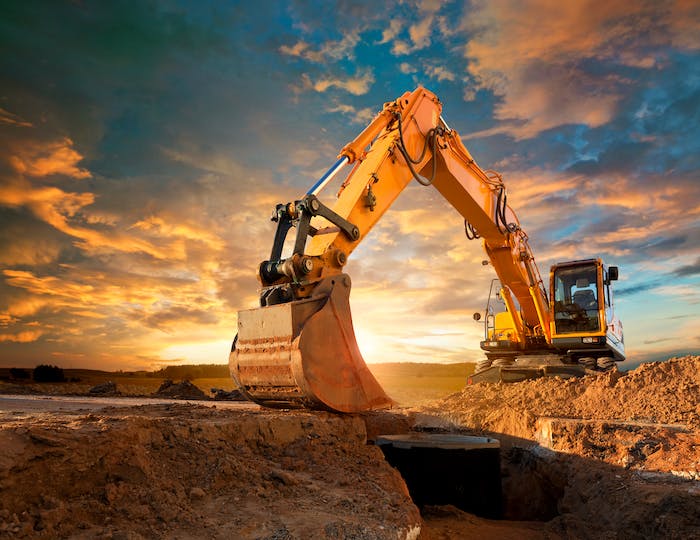 The construction industry is in the midst of a period of exceptionally steep and fast-rising costs for a variety of materials, compounded by supply-chain disruptions and difficulty finding enough workers, which could threaten the financial health of many contractors.

“Consumers are right to complain about inflation, which has been north of 8% during the past year,” says Associated Builders and Contractors Chief Economist Anirban Basu. “But America’s contractors have experienced material price inflation nearly three times that during the same period. For now, there are few signs of relief.”

March was identified by the Associated General Contractors of America as the 18th-straight month in which the cost index rose more than the bid-price index on a year-over-year basis. According to AGC Chief Economist Ken Simonson, prices rose faster than the 17% increase in bid prices for a wide range of inputs in the cost index.

The National Association of Home Builders says residential construction prices climbed 1.4% in March, following 2.2% increases in February and 4.1% in January. Combined, there has been nearly an 8% increase in residential building material prices in 2022. On a year-over-year analysis, the residential building prices have risen 20.4% and approximately 33% since the start of the pandemic.

Also, the price index of service inputs to residential construction registered even steeper increases, rising 3.2% in March, 5.1% in February, and 6.2% in January. As a result, the price index of services used in home building (including trade services, transportation and warehousing) went up 15.2% since the start of the year. Year-over-year, the index increased 18.5%.

“The housing market faces an inflection point as an unexpectedly quick rise in interest rates, rising home prices and escalating material costs have significantly decreased housing affordability conditions, particularly in the crucial entry-level market,” he says. “The shift in affordability can be seen in the March data with strength for multifamily construction and some weakness for single-family permits. Our builder surveys show that confidence levels in the single-family market have declined for four straight months as affordability conditions continue to worsen, and this is a sign that single-family production will face challenges moving forward.”

Unfortunately, according to Simonson, there is no fixed relationship between input costs and bid prices. For every firm and time period, the relationship depends on specific conditions and expectations. During the Great Recession, material costs outran bid prices for as long as 26 months, from late 2009 to early 2012. It happened again from October 2016 to late 2018 for 25 months. He says that while the current gap hasn’t yet lasted as long, the peak was nearly twice more than the previous episodes, suggesting a more intense impact on contractors.

“The year-over-year change in materials costs may exceed the change in bid prices for two years or more,” Simonson says.

Coincidentally, from a supply chain disruption perspective, Simonson says delays appear to be lessening in some sectors but worsening in others. At the time of his report, 45 containerships were waiting to unload at the ports of Los Angeles and Long Beach last week, down from more than 100 around New Year’s. However, he noted that the decline is due in part to fewer ships leaving Shanghai, where factory production and freight movements have been curbed by a spike in coronavirus cases and a citywide lockdown. 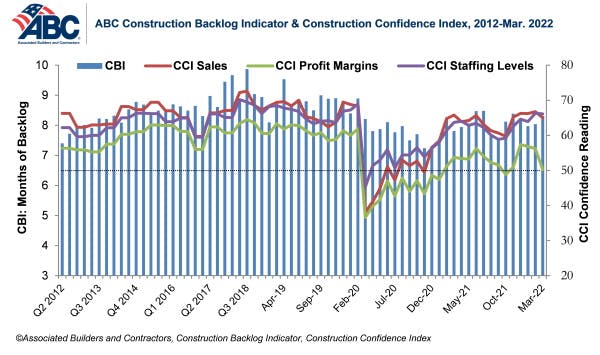 Construction employment exceeded pre-pandemic levels in 32 states in March, according to a new analysis of federal employment data.

“Contractors have been adding workers as fast as they can find them,” Simonson says. “But there just aren’t enough qualified workers available in many states, as shown by the record number of construction job openings at the end of February.”

He says data from the monthly Job Openings and Labor Turnover Survey shows that there were 364,000 job openings in the construction industry at the end of February, a 52 % increase from a year earlier. “Openings exceeded the 342,000 employees hired during that month, implying that construction firms would have added twice as many employees if they had been available,” he added.

“For contractors, this is not where the inflation narrative ends,” said Basu, of ABC. “Despite recent growth in the nation’s labor force participation rate, contractors continue to contend with shortages of skilled construction workers.”

He says supply chain setbacks related to the spread of another omicron variant along with the Russia-Ukraine war will also affect equipment availability. The latest ABC Construction Confidence Index survey indicates that approximately 3 in 4 contractors have suffered an interruption in delivering construction services in recent months. Basu feels these challenges will continue.

“There is one more significant consideration for contractors,” said Basu. “With inflation running hot, the Federal Reserve will have to work even harder to slow the economy to trim price pressures and expectations. Recession risks are accordingly rising, and while that is unlikely to affect the level of contractor activity in the near term, that could eventually set the stage for a period when demand for construction services declines.” 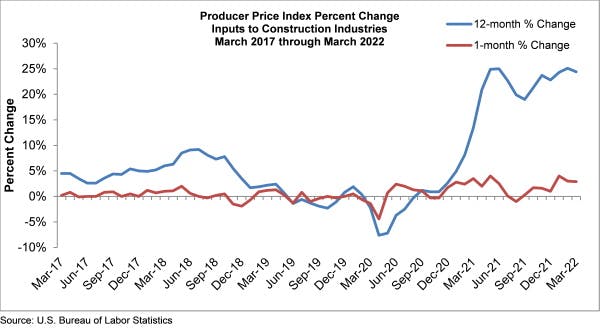 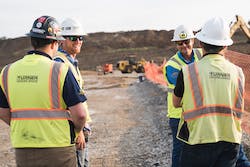 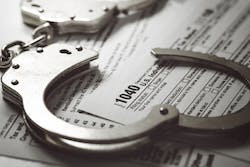 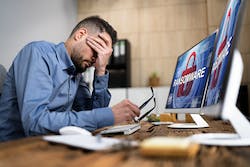 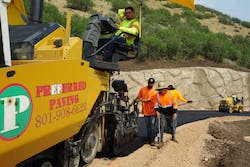