A project in downtown Pittsburgh to reconnect a neighborhood cut off by an interstate built in the 1950s is the Grand Prize winner for the 2022 America’s Transportation Awards.

Both DOTs will get $10,000 in cash to be donated to a charity or a transportation-related scholarship program of their choice. The awards are sponsored annually by the American Association of State Highway and Transportation Officials, AAA and the U.S. Chamber of Commerce.

The predominantly African-American Lower Hill District was cut off from downtown Pittsburgh by the construction of Interstate 579 and a convention center in the 1950s. Several homes and buildings were destroyed for the construction, and retaining walls separated the neighborhood.

PennDOT set to remedy that with its I-579 Urban Open Space Cap project. The project improved pedestrian and bike access and created a new park to bridge the interstate.

“That new park includes story walls designed by local artists, an outdoor classroom and performance and green spaces, all of which reconnects a community and spurs redevelopment and economic growth in the area,” says the award announcement.

The Washington State DOT’s Active Transportation Plan 2020 and Beyond is a first for the state.

“It serves as a … compass, guiding active transportation policies, procedures, improvements and investments statewide while calculating the environmental, health and economic benefits to society when people shift trips from driving to walking or biking,” the award announcement says. “In addition, the plan addresses safety for vulnerable road users and provides the first-ever examination of the suitability of state right-of-way for active transportation facilities.”

The awards program considered 80 projects from 37 state DOTs, which were whittled down to 12 finalists following regional competitions.

The Grand Prize and People’s Choice awards were presented at the 2022 AASHTO Annual Meeting in Orlando, Florida.

“This year’s America’s Transportation Awards competition consisted of the most diverse group of projects we’ve seen in all 15 years of the competition,” says Jim Tymon, AASHTO executive director.

“… Our ultimate winners – an active transportation plan and a park project to reconnect a community divided by an interstate project several decades ago – are absolutely representative of today’s state DOTs and the wide range of work they do for our communities every day.” 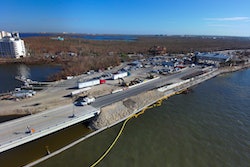 Temporary Repairs to Sanibel Causeway Completed Ahead of Schedule 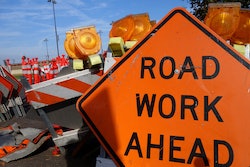 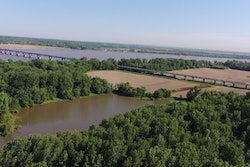 $60B for Roads, Bridges Released – See How Much Your State Gets