A new poll indicates that 87 percent of likely voters believe President Trump and the Democratic leadership in Congress should work together to pass legislation to improve the nation’s infrastructure.

The poll’s questions concerning support for infrastructure showed bipartisan support among Republicans and Democrats, with more than 60 percent from each party saying improving infrastructure was “very important.” Most of the remaining respondents from both parties said it was “somewhat important.” Such bipartisan agreement, however, disappears for the border wall, with most Democrats opposing it and most Republicans in favor.

So ARTBA and APTA are hoping political leaders will shift focus to an issue that appears to have strong bipartisan support.

“This survey demonstrates once again that public support for federal investment in traditional infrastructure programs is broad and transcends partisan politics and ideological divides,” says ARTBA President and CEO Dave Bauer. “A bipartisan bill that would make major new federal infrastructure investments would help break the policy gridlock in Washington and have overwhelming public support.”

Currently, congressional leaders from both parties are discussing a border security compromise in an effort to meet a February 15 deadline to keep the federal government running. Trump has threatened to shut down the government again or deploy emergency presidential powers if $5.7 billion for a border wall is not included in any deal reached.

Infrastructure spending has also been getting some attention; however, the government shutdown and the border wall issue have dominated the discussion. One big stumbling block to an infrastructure package is how it would be funded. Some have floated the idea of raising the federal gas tax, which is unpopular with Republicans. Democrats have opposed funding, as proposed by Trump, that relies heavily on private investment. Trump has also indicated possible support for a gas tax increase. The federal gas tax has not been raised since 1993.

The ARTBA, APTA poll did not ask about how infrastructure improvements should be funded. Previous national polls have indicated voters are split down the middle on raising the gas tax.

In other news concerning the nation’s infrastructure, Trump signed an executive order January 31 asking that government contractors use American-made products and materials on construction projects that receive federal funding.

“We want American roads, bridges and railways and everything else to be built with American iron, American steel, American concrete and American hands,” Trump said.

Trump touted the country’s improved manufacturing sector, which he said has gained more than 500,000 jobs since his election, and he believes the order will further boost its growth and soon reach 700,000 more jobs. 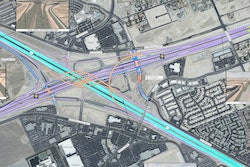 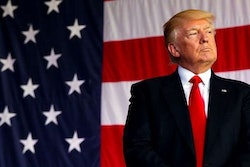