Jeanneret, who joined ARTBA in 1998 as director of public affairs, has been serving as the association’s deputy chief operating officer since January. He took over his new post November 1.

From the group’s offices in Washington, D.C., Jeanneret will guide ARTBA in representing the U.S. transportation construction industry before Congress, the White House, federal agencies, the courts, news media and the general public.

As ARTBA’s senior vice president of communications and marketing over the past decade, Jeanneret has led its award-winning external communications initiatives aimed at building political support for increased transportation infrastructure investment in the past four federal highway and transit program authorization laws, a news release says.

“Matt’s 20 years of accomplished service have well prepared him for this new role,” says William Toohey, who has been serving as ARTBA’s acting president and CEO. “Over that time, he has been instrumental in the success of the association’s advocacy, safety, education and member services programs. Matt is a proven leader, effective manager and has a deep commitment to the association’s mission, membership, and staff.”

Since 2005, Jeanneret has also served as the ARTBA Transportation Development Foundation’s (TDF) executive director. In this role, he raised more than $500,000 for the Lanford Family Highway Worker Memorial Scholarship Program, which helps the children of those killed or permanently injured on the job attend college.

He played a key role in the development and 2016 launch of the TDF’s “Safety Certification for Transportation Project ProfessionalsTM” program, which was accredited by the American National Standards Institute earlier this year.

Jeanneret earned the Certified Association Executive (CAE) designation in 2005 from the American Society of Association Executives (ASAE), a credential held only by 5 percent of those in the field. He is a 2009 graduate of the U.S. Chamber of Commerce’s Institute for Organization Management (IOM), a four-year non-profit leadership program.

From 1994-1996, Jeanneret served as the chief media spokesman for two state agencies in Massachusetts Governor William Weld’s administration.  In 1992, he received a presidential appointment to serve as a spokesman for the U.S. Department of Justice in the administration of George H.W. Bush.

He began his career in 1989 as a legislative aide to now retired U.S. Senator Alan K. Simpson (R-Wyoming.).

He is a native of the Metropolitan Washington area and has a B.A. from Boston College and an M.A. from The George Washington University in Washington, D.C.  He and his wife, Elizabeth, reside in Arlington, Virginia. 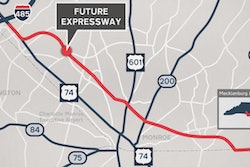 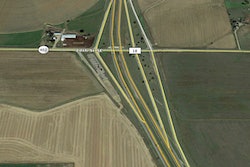 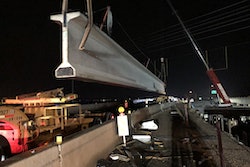 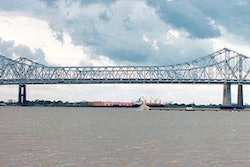