The Concord Road Bridge in Cobb County, Georgia, that crosses Nickajack Creek received an $802,000 renovation in the Fall of 2017, but that hasn’t stopped errant truck drivers from trying to cross the bridge with too tall a load.

According to AJC.com, the bridge renovation included adding structural supports, replacing decaying siding and shingles, and fresh paint. Crews also put large wooden beams at the entrances to warn drivers that the historic, 1872-vintage covered bridge had only a 7-foot clearance.

Cobb County Commission spokesman Ross Cavitt told the news agency that, on January 23 the commission voted to add enhanced warning signs for the bridge’s low clearance, but the signs didn’t come soon enough. Three days after the vote, a truck pulling a flatbed trailer with a piece of machinery on it struck the bridge, damaging it for the second time in a month.

Cavitt took a picture of the truck wedged in the bridge opening and shared it on Twitter. According to the county, the bridge gets hit by a vehicle approximately once a month. 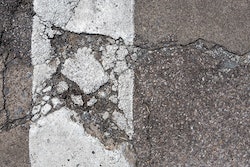 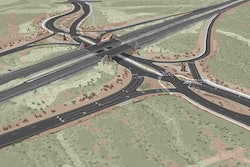 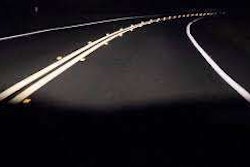