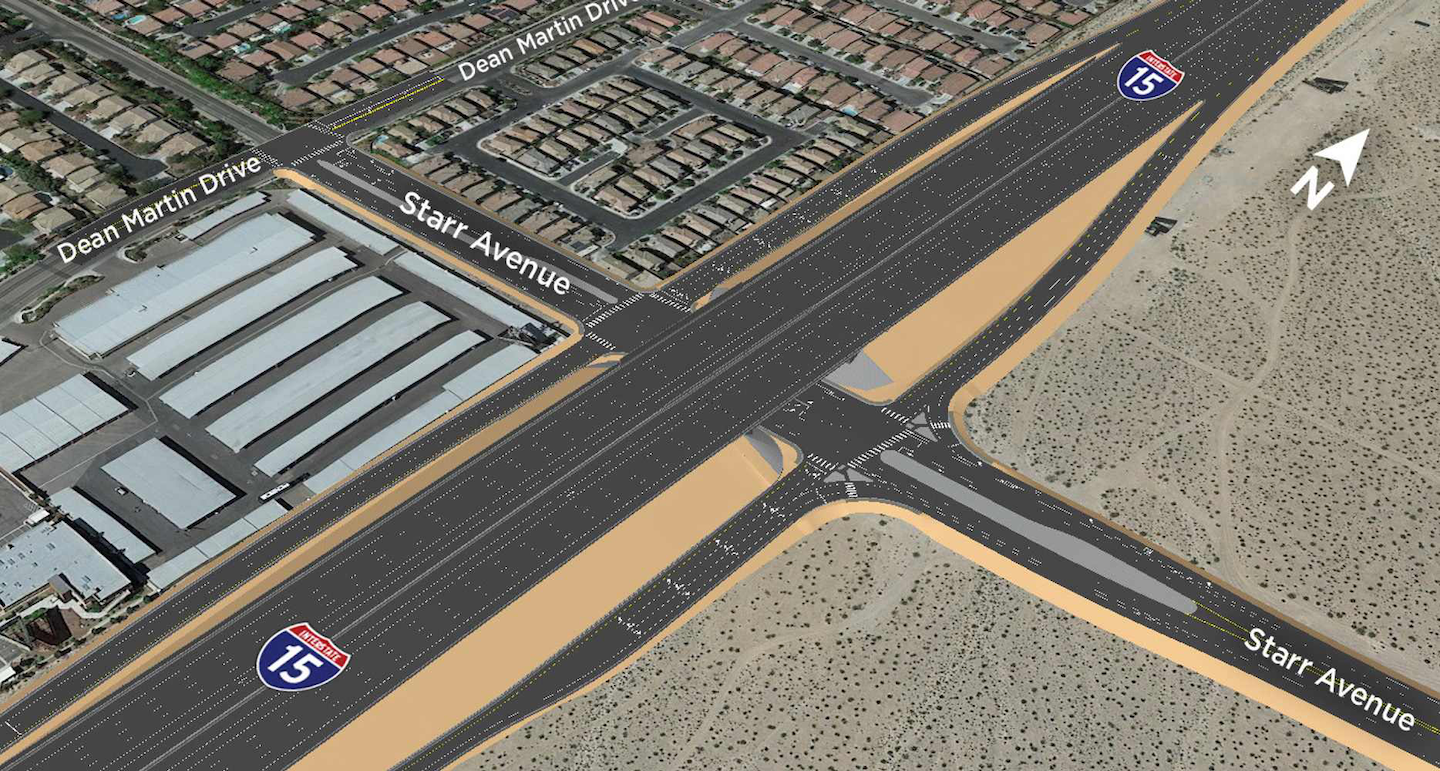 A new interchange to Interstate 15 near Las Vegas is being built to relieve traffic and reduce traffic noise for nearby residents.

The $33.7 million interchange at Starr Avenue will include six lanes, landscaped medians and bike lanes and is scheduled to be completed in mid-2019. The project completes construction of Starr Avenue between Las Vegas Boulevard and Dean Martin Drive and adds a bridge on I-15 over Starr Avenue. By diverting drivers under I-15, the new interchange will reduce traffic noise for neighbors, the Nevada Department of Transportation says.

The interchange is part of a $1.3 billion project begun in 2007 to improve the I-15 south corridor.