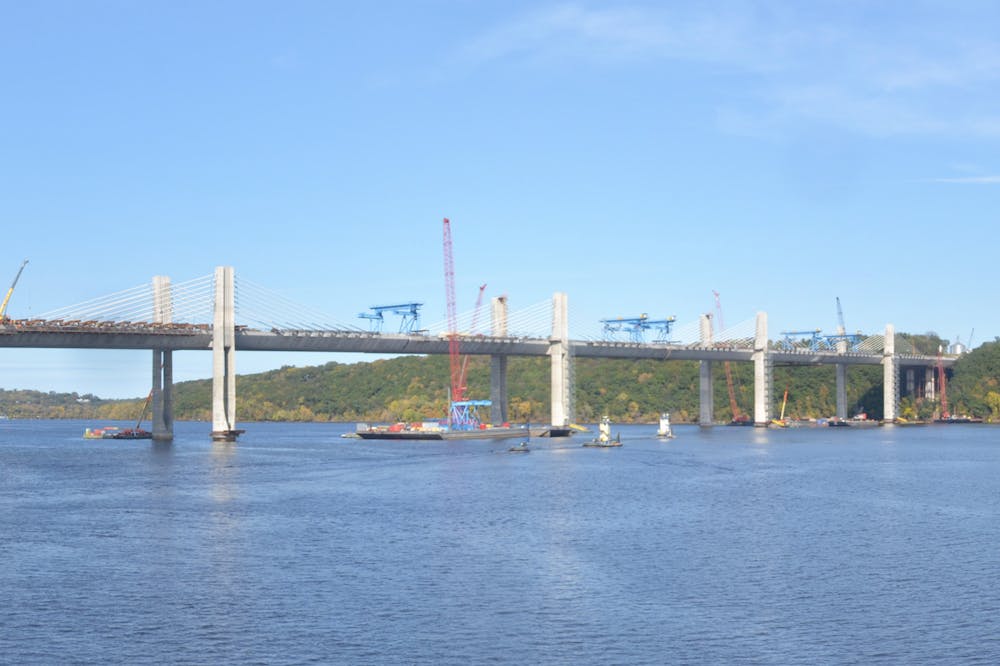 Crews have placed the last deck segments of the main span of the St. Croix Crossing bridge, a structure that connects Oak Park Heights, Minnesota and St. Joseph, Wisconsin.

The final four segments were set in place October 4 at Pier 11 of the bridge. Each segment is separated by a 2 1/2-foot gap which crews fill with closure pours. Officials expect the last closure pours to be completed early next year.

Each of the 650 segments making up the bridge were cast in Cottage Grove, Minnesota, and delivered to the project site by barge on the river.

Construction on the St. Croix Crossing bridge, which will cost between $640 million and $650 million, began in 2013 and is expected to open next fall. 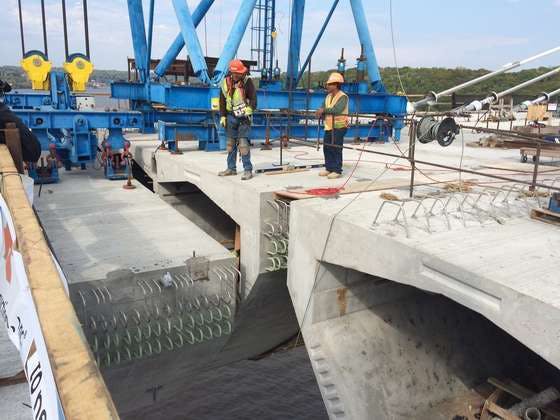 (Minnesota DOT) Crews guide one of the final segments into place at Pier 11. 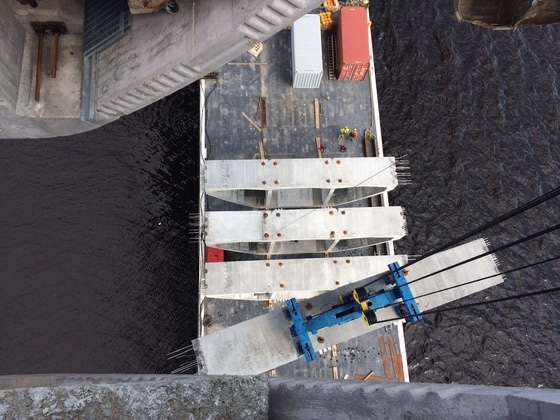 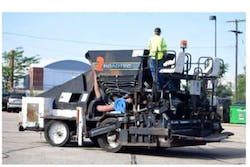 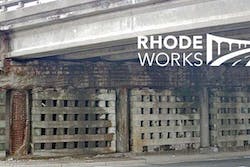 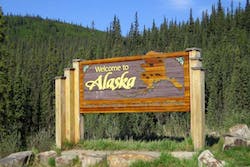