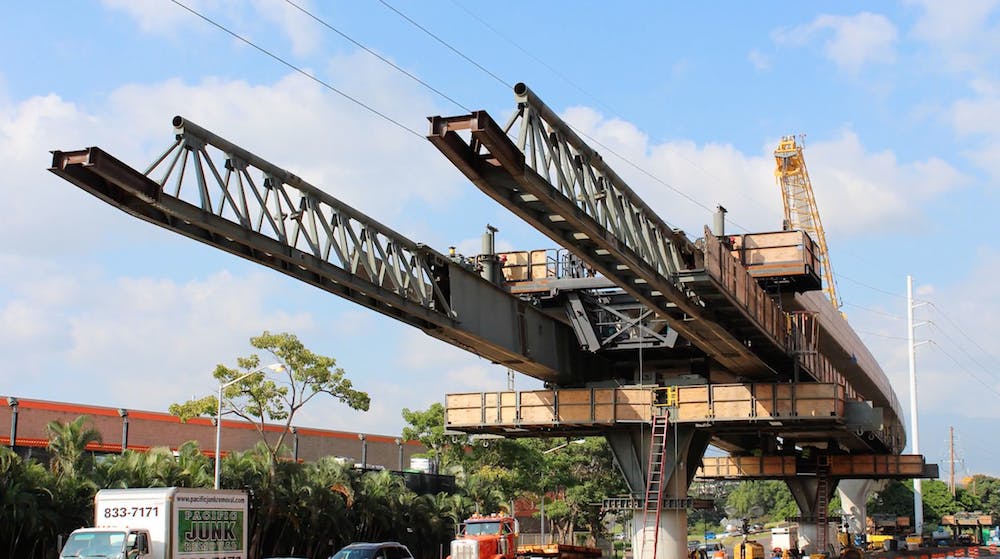 In recognition of Earth Day last week, the American Association of State Highway and Transportation Officials (AASHTO) released a video detailing the Hawaii Department of Transportation’s efforts to make its system more sustainable.

“Earth Day is an excellent opportunity to demonstrate how states are taking a wide-ranging approach to responsible environmental stewardship,” says Bud Wright, AASHTO executive director. “In our video Hawaii DOT is seen working across jurisdictional lines to reach statewide sustainability targets. And the examples presented here are but a handful of the ways state DOTs are working to preserve and protect the environment.”

AASHTO also produced a summary sustainability efforts by other state DOTs. These include:

The Michigan Department of Transportation began this month replacing the first of more than 15,000 outdated and inefficient highway light fixtures and bulbs in the metro-Detroit area.

The work is being done under a first-of-its kind public-private partnership agreement signed last fall between MDOT and Freeway Lighting Partners. The installation project will be completed late next year. MDOT estimates that over contract’s 15-year term, Michigan taxpayers will save an estimated $13 million in energy costs.

The Illinois Department of Transportation is teaming up with the environmental organization Living Lands and Waters to distribute thousands of tree seedlings to schools throughout Illinois in observance of Earth Day.

This year, 5,000 oak tree seedlings will be delivered to schools in the nine IDOT highway districts as a means to enrich the environment and provide an educational benefit for students. The trees were donated to IDOT as part of the Living Lands and Waters Million Trees Project.

Through this partnership, IDOT has delivered nearly 45,000 tree seedlings over the years to be planted across the state. According to the U.S. Department of Agriculture, one acre of trees absorbs six tons of carbon dioxide and releases four tons of oxygen.

Bees and butterflies are responsible for pollinating plant life, which is vital to the creation of America’s diverse and abundant food system. In Washington, plant pollinators help to support a $49 billion food and agricultural industry.

A policy by the Washington State Department of Transportation to reduce mowing and support the use of selective herbicides is helping to protect pollinators. Under the policy WSDOT leaves roadsides in a more natural state, providing pollinators with sources of nectar, pollen, larval host plants and the nesting locations they need to grow and thrive.

Caltrans to test installation of solar panels in roadways

California Department of Transportation has signed a letter of intent with officials in the Province of Noord-Holland (Netherlands) to look at sustainable options for capturing solar energy in transportation infrastructure.

Caltrans will explore the Dutch technology, known as SolaRoad1, which implements the use of solar panels in roadway projects and has been successfully implemented in a project in the Netherlands. This technology allows sunlight falling on the road surface to be converted into electricity by concrete panels with solar cells and a translucent top layer of tempered glass.

The generated electricity can be used for street lighting, traffic systems, electric vehicles and households.

Working with the National Park Service, National Capital Region, and other local and regional agencies, DDOT held its first-ever Tree Summit to launch the initiative last year. According to the U.S. Forest Service, 100 trees remove 53 tons of carbon dioxide and 430 pounds of other air pollutants per year.

The Colorado Department of Transportation (CDOT) in collaboration with Colorado Parks and Wildlife (CPW) and the communities of Grand and Summit counties has completed the first of two wildlife overpasses in the State of Colorado with the intent to decrease animal vehicle collisions on this busy stretch of highway.

Biologists from CPW have photographed mule deer and moose actively using the overpass structure as well as several underpasses that were designed for wildlife passage. When completed, this project will bring Colorado Highway 9 up to current design standards by straightening severe roadway curves, flattening steep hills to improve drivers’ sight distance as well as providing safe passage for wildlife.

The state of Vermont has the goal of being 90% renewable by 2050. State agencies are asked to be role models when it comes to using renewable power in its operations. VTrans has used resources in its maintenance division to install solar panels at 5 state garages. A sixth garage will be added soon.

VTrans also is partnering with a solar provider to build a larger system at one of the state’s Welcome Centers. The solar energy produced contributes to the local electric grid and the agency benefits financially from Vermont’s net metering program. A win-win for the environment and the agency’s bottom line.

The Idaho Transportation Department can now inspect the overhead cable saddles of a bridge spanning the Dworshak Reservoir on the North Fork of the Clearwater River near Orofino, Idaho. Bridge inspectors needed to check the 45-year-old Dent Bridge, but could not examine the top of the towers because of federally protected nesting osprey.

Thanks to agency collaboration and an environmental innovation, four new aluminum platforms were successfully installed at the highest points of the 1,500-foot-long bridge for ospreys to use. As of April, four adult osprey are using two of the platforms. 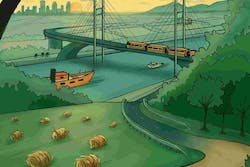 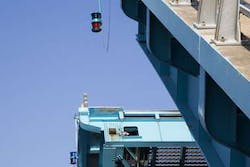 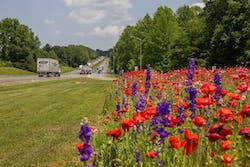