Let’s Just Call it Half a Loaf

Detailed proposals for a new surface transportation bill have finally surfaced, and two keys factors have dominated their presentation. It’s about funds, and it’s about reform.

The House Transportation and Infrastructure Committee (actually the Republicans on that committee) have delivered a proposal, and the Senate (actually the Democrat at the helm of the Environment and Public Works Committee) has counter-proposed. The House version offers $230 billion over six years; the Senate $109 billion over two years. There is plenty of reform in both versions and they have generally been welcomed across the board. But the House’s funding total has also almost universally been criticized as woefully inadequate.

So, the battle for funding will go on, as will the debate about how much reform without adequate funding will benefit our industries. But if there is any good news, it is that the reforms put forward will probably be in any new legislation if and/or when it happens. So the key proposed reforms are worth looking at.

The House version’s key proposals include:

• condenses the final environmental impact statement and combines it with the record of decision;

• provides a single system to review decisions and reduce bureaucratic delay by requiring concurrent reviews and setting deadlines for approvals; and

• classifies projects in the right-of-way as categorical exclusions under NEPA.

2. Clarification of eligibility for pre-construction activities. It:

• allows for acquisition of land during NEPA where the transaction itself does not cause a change in the area’s land use or cause adverse environmental effects;

• encourages corridor preservation to reduce project costs, delays, and impacts on communities; and

• allows detailed design prior to NEPA completion at state expense, making such work eligible for federal reimbursement only if the project is subsequently approved.

3. Promotion of integrated planning and programmatic approaches. It:

• builds on the efforts in Section 6001 of SAFETEA-LU and allows environmental decisions made in the planning process to be carried forward into the NEPA process; and

• clarifies authority for programmatic approaches (rather than project-by-project reviews).

This House proposal aims to reform surface transportation programs by consolidating or eliminating approximately 70 programs that are duplicative or do not serve a federal purpose.

Rather than applying spending cuts evenly across all existing programs, this proposal identifies programs that serve similar purposes. The proposal also identifies programs that do not serve a federal interest – such as the National Historic Covered Bridge Preservation Program and the Nonmotorized Transportation Pilot Program – and eliminates them.

States will no longer be required to spend highway funding on nonhighway activities. States will be permitted to fund such activities if they choose, but they will be provided the flexibility to identify and address their most critical infrastructure needs. However, this additional flexibility will not be unchecked. States will be held accountable for their spending decisions through new performance measures and transparency requirements.

Many of the programs that will be consolidated or eliminated in this proposal were created during a period when it was common to spend more than was collected in transportation revenue.

• consolidates 87 programs under SAFETEA-LU into less than 30. States will have flexibility to fund activities for which dedicated funding has been removed;

• consolidates the Interstate Maintenance Program, the National Highway System Program and part of the Highway Bridge Program into a single program that focuses on the most critical 222,000 miles of roads in the nation;

• consolidates several existing programs to provide funds to states for projects on all Federal-aid highways, and all bridges and tunnels;

• provides for the sub-allocation of some funds to metropolitan areas and to other areas of a state based on population; and

• increases funding for TIFIA (Transportation Infrastructure Finance and Innovation Act) from $122 million a year to $1 billion a year. The Senate plan also increases the maximum share of project costs from 33 to 49 percent and allows TIFIA loans to be used to support a program of projects. And it allows upfront commitment of future TIFIA program dollars through the use of master credit agreements.

There are also several provisions to reduce project delivery time and cost, including expanding the use of innovative contracting methods, reducing red tape for projects “with no significant environmental impact,” encouraging early coordination between relevant agencies to avoid delays and incentives for speeding up delivery decisions. 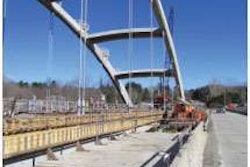 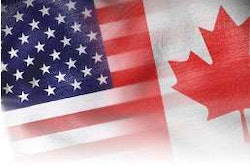 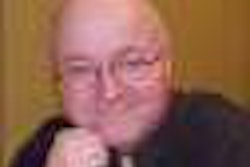