Surviving the 405 closure: Carmageddon playlist and ‘secret streets’ to get you around

Wondering how to survive the 405 closure in the Los Angeles area? Dubbed “Carmageddon” in honor of the traffic backup and madness (quite literally) that’s expected to ensure motorists are being warned to prepare for closure.

The latest coping mechanism being suggested? A “Carmageddon Playlist” of 10 songs to help people deal with the closure.

The San Marino Patch came up with this list:

Walking in LA, Missing Persons
This song’s phrase, “Nobody walks in LA” is almost as true today as it was when the song came out in the 1980s. Depending on what kind of Carmageddon traffic you hit, it may be better to just get out and walk.

I Love LA, Randy Newman
As you stare down Carmageddon, let Randy Newman remind you of all the good things about LA. And don’t forget to, “Roll down the window, put down the top, crank up the Beach Boys, don’t let the music stop.”

It’s the End of the World as We Know It, R.E.M.
Remember when the world was predicted to end a few months ago? Well, we’re still here, but Los Angeles area residents are facing the end of their worlds as they know it when part of the 405 shuts down for two days. Just keep telling yourself, “and I feel fine.”

Greased Lightnin’, John Travolta
Take a drive down memory lane with this ode to a fine automobile from Grease and envision yourself in a T-Birds or Pink Ladies jacket.

Mustang Sally, Wilson Pickett
Pickett exclaims, “All you wanna do is ride around, Sally!” Sally, Angelinos know how you feel.

I Get Around, The Beach Boys
Maybe you won’t be getting around much during the 405 closure, but The Beach Boys’ feel good tunes about Southern California should brighten up your day. Don’t forget other car-themed classics like Little Deuce Coupe and Fun, Fun Fun.

Little Red Corvette, Prince
Yes, the song is risqué and not about a Corvette at all. But let’s pretend it is—things change in times of crisis.

Drive My Car, Beatles
“Baby, you can drive my car,” is part of this song’s chorus and likely to be a common phrase during Carmageddon weekend. I’m pretty sure a man or woman will name their first-born child after the person who chauffeurs them around during the 405 shutdown.

Low Rider, War
Do car songs get much cooler than this? The heck with major cities that have superior public transit.

Shut Up and Drive, Rihanna
If all else fails, crank this up and rock out.

Want to know how to get around the 405 closure?

City transportation officials have released “secret roads” to get around the backup. KTLA-TV gives these alternate routes in a “Secret Streets” report.

Better Roads did not come up with this list of songs. The songs were from a San Marino Patch report (https://patch.com/california/sanmarino/articles/carmageddon-playlist-10-songs-to-help-you-survive-the-405-closure). 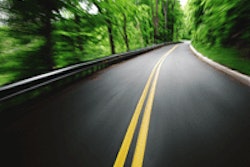 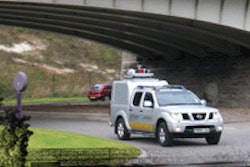 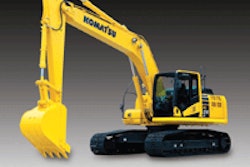