ALJ weighs in on operator’s side in scale dispute

For the second time in less than a year, an Administrative Law Judge has held that the Mine Safety Administration (MSHA) failed to demonstrate there were hazards of having haul trucks overturn from an unbermed elevated truck scale at an aggregates operation. The June 22, 2011, decision by ALJ Andrews in Lakeview Rock Products, Inc., mirrors findings issued on July 7, 2010, by ALJ Rae in a similar case involving Knife River Corp. (Look in the August 2011 print edition of Aggregates Manager for a detailed news article on this case.) However, a key difference is that ALJ Rae’s ruling predated MSHA’s August 26, 2010 Program Policy Letter (P10-IV-01) that declared the agency’s intention to cite any truck scales that were elevated more than 16 inches above ground level under 30 CFR 56.9300, unless they were equipped with mid-axle berms or railings. The decision in Lakeview Rock Products, Inc. is the first to address this scenario in light of MSHA’s policy pronouncement.

The MSHA policy states, in relevant part: “If the height from the driving surface on the scale to the lowest ground surface adjacent to the scale is greater than 16 inches, either the drop-off hazard can be mitigated by raising the ground to decrease the distance to less than 16 inches or equipping the scale with a guardrail capable of restraining the vehicle from driving off the scale. Any guardrail should extend to at least mid-axle height of the largest truck using the scale. . . . Most truck scales are provided with a rub rail to guide the vehicle. These are intended to provide a visible, audible, or tactile indication to the truck driver to identify the edge of the roadway. These rails generally are not mid-axle height and typically are not considered structurally sufficient to prevent a vehicle from driving over or through them.”

The policy has since been challenged in a pending case (also involving Knife River Corp., but at a different Oregon site that the Oregon mine involved in the July 2010 case) as an invalid exercise of rulemaking without going through the “notice-and-comment” process mandated under the Administrative Procedure Act. It has been called a rulemaking because the actual berm standard, § 56.9300, does not contain any specific elevation reference above which berms are needed, whereas the policy now adds a “17-inch rule” to the standard. The pending case also challenges MSHA’s declaration that truck scales are “roadways” within the scope of the berm standard, and Knife River put on expert testimony demonstrating that a truck would not travel over the rub rails under typical operating scenarios, even at twice the speed normally traveled. That case, tried in May 2011 before ALJ McCarthy, has not yet been decided.

In both the Lakeview Rock Products Inc. matter and the 2010 Knife River Corp. case, the scales were equipped with manufacturer-installed rub rails about 8- to 10 -inches high. MSHA, however, demanded that the railings be raised to approximately 20-  to 24- inches in height. The Lakeview case involved six different truck scales on its property in Utah, and these scales ranged from 32 to 54 inches above ground level. The scales were used by up to 100 trucks per day. Although no accidents had ever occurred on the truck scales, MSHA nevertheless pointed to an accident in a loading area, where a truck slip down a ramp and struck the scale house, as evidence of a hazard. That accident occurred on a snowy day when the pit was posted as closed.

Lakeview argued that there was no evidence that the rub rails present would not adequately prevent trucks traveling slowly over the scales from dropping off, overturning or injuring the equipment operator. It further maintained that MSHA did not provide scientific or expert analyses of variations in truck speeds or any biomechanical analyses showing the effects on truck operators if a truck were to drop on its axle or drive off the scales under conditions present. The operator offered a video into evidence, showing that trucks crossing the scales must come to a complete stop before entering the scales, then drive slowly across the scales and idle while being weighed. In a test run by the operator, a driver was unable to make a truck climb over the rub rail.

MSHA countered that the drop-off at each scale was of sufficient grade or depth to cause such an accident, and that the Program Policy Letter “clarifies” that elevated truck scales require guardrails and provides design parameters.  The case was decided on competing Motions for Summary Judgment, but MSHA did submit an expert report by its engineer, Terence Taylor. Taylor’s report was based on assumptions that a truck would travel unimpeded off the scales, and did not take into account the presence of the rub rails on each scale.

In his discussion, ALJ Andrews gave little probative value to a PowerPoint that MSHA introduced because the data on turnovers related to all powered haulage incidents, not to those involving truck scale usage. Although MSHA claimed it had been “told” of near-misses at scales, the judge found it very revealing that MSHA could not produce any data of actual accidents involving overtraveling of scales. He found that the rub rails did serve the purpose of warning the driver that he is approaching the edge of the scales, and limiting overtravel.

ALJ Andrews also did not feel bound by some prior ALJ decisions that classified truck scales as roadways, noting that those cases involved elevated platforms and scales with no berms, guardrails or guarding of any type. He found that a distinction could be drawn between the use of haulage roadways as opposed to the use of scales, such as the marked difference in the speed of trucks traveling these areas, differences in surface conditions (metal scales versus gravel or dirt roads), and lack of inclines on scales. He also criticized MSHA’s expert for failing to establish that a truck would first be able to climb over the rub rails before reaching the elevated edge. He found the record devoid of any evidence as to how such an incident could actually occur or any evidence of such an event in the past.

In the end, the citation was vacated and ALJ Andrews found that the scales did not present a drop-down or tip-over hazard to trucks, equipment, or personnel.  Word is that MSHA may appeal this decision, although it did leave the previous Knife River Corp. ruling undisturbed.

She is a member of the Maryland, DC and PA Bars, the U.S. District Courts of Maryland and DC, the U.S. Court of Appeals, DC Circuit and 4th Circuit, and the United States Supreme Court. She is a graduate of the George Washington University’s National Law Center, and earned her B.S. in Journalism from the University of Maryland, College Park.

For more information, contact her at safetylawyer@aol.com.  The Law Office of Adele L. Abrams’ website is www.safety-law.com. 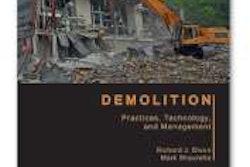 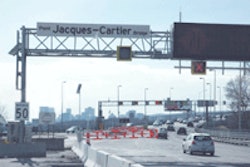 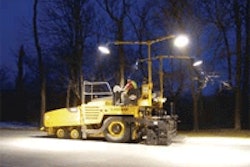