Speaking to attendees of the ALK Transportation Technology Summit in Princeton, N.J., former Transportation Secretary Ray LaHood made a case for raising the federal fuel tax by 10 cents a gallon and indexing the level to inflation going forward.

With China building infrastructure at a rapid clip, “America is one big pothole,” he said. “It’s not just because of the brutal winter” large swathes of the country experienced in 2013-14. “It’s because we haven’t kept up with our infrastructure.”

Doing so, said LaHood, would deliver economic benefits to communities across what he called the “greatest nation on Earth” and ensure that the onetime “envy of the world” on transport infrastructure matters doesn’t continue to be the “laughingstock of the world.”

LaHood has been pushing for a 10-cent gas tax hike for months. He first made the suggestion at a transportation forum in October and continued the discussion in February, when Rep. Bill Shuster (R-Pa.) ruled it out as a funding option.

While LaHood did note favor by states for the use of tolls on roadways as an option to states (provided tolls collected actually go to the maintenance and/or expansion of the road) and potential of vehicle-miles-traveled tax projects, the federal fuel tax should remain the principle mechanism to fund the Highway Trust Fund, he said.

LaHood pointed to a water-resources bill that passed the House this week with broad support as evidence that Congress may be moving toward a dynamic where potential for compromise between both parties could deliver a long-term highway bill that truly addresses infrastructure.

While he commended the Senate public-works committee’s recent proposal of a six-year extension of MAP-21, he also offered criticism for its lack of initiatives to increase revenues going into the Highway Trust Fund.

He urged attendees to engage their Congress members and Senators on the issue.

“We need your help,” he said. “Every one of you has a representative in Congress, and every one of you has two Senators…. You need to start talking to them. These are the people you send to Washington to move America forward – not to stagnate – and to keep America No. 1.” 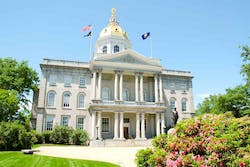 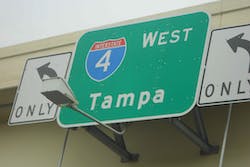 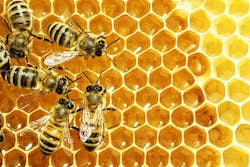