The EPA and You

To a degree, working with EPA is a lot like dealing with other agencies.

The two keys seem to be, first, an awareness of the regulatory process that leads to the rules that tell you what you can and cannot do, must and must not do, and, second, a willingness to be a part of it. That is, don’t wait for [colorful language] environmental regulations to affect your company or your agency’s work, strike first.

Howard Marks, the National Asphalt Pavements Association’s vice president for environment, health and safety suggests that just a handful of key strategies can be the basis of an effective working relationship with both agencies such as EPA and their regulations.

3) Be aware of state agencies; they are not the Federal EPA.

ONE: It is essential, says Marks, to understand precisely what rules and regulations apply to you and what your responsibility is and to make sure it’s done. Bottom line, says Marks, is that environmental regulations are subject to broad interpretations and it is important to be aware that what you assume a regulation means may not be the way regulators apply it. Do some homework to be sure just how regulations can be applied to make sure you are in compliance. It may not be the way you think.

TWO: EPA and like agencies offer chances for interested parties to make comments and suggestions, in other words to be involved in the process of writing the regulations that affect your work practices. There have been, on the other hand, examples of regulations arriving out of nowhere. But usually the chance to comment is there. Take it.

Either through industry agencies or regular online checks of EPA and other agency websites (or automatic feeds and downloads of notices), it is possible to keep tabs on what is in the pipeline or under consideration and to know when, where and how you can comment.

THREE: While most of the concern with existing and potential environmental regulations focus on the federal EPA, it’s possible to forget that state agencies also have jurisdiction and oversight for protecting their environment.

State environmental agencies have much greater leeway in their relationships with their industrial clients, says Marks. “The asphalt industry is a small source of emissions in overall terms. Because state agencies need to focus their efforts on reducing emissions from the larger sources, they may provide a little more flexibility small sources like asphalt plants. This offers a great opportunity for partnerships. “Our industry has a lot of sustainable technologies that might help state agencies meet their environmental control goals,” says Marks. Be aware of how your state environmental agencies operate, says Marks, because they aren’t mirror images of the federal EPA or of other states.

FOUR: NAPA, as Marks points out, has partnered with agencies when regulations affecting the asphalt industry have been on the horizon. For example back in the 1990s, says Marks, NAPA partnered with EPA when the agency was considering whether the asphalt industry was a major source of air pollutants. The resulting data showed it wasn’t. NAPA also partnered with The National Institute for Occupational Safety and Health (NIOSH) when that agency raised questions about the health effects of asphalt paving operations. And more recently NAPA has partnered with NIOSH and the Occupational Safety and Health Administration (OSHA) in a working relationship to devise new dust control systems for milling machines.

Marks says that the results of these partnerships include better working conditions and reduced environmental impacts. One of the keys was that industry worked with agencies, academia, and unions in an atmosphere of openness and transparency.

The Power of Association

Environmental regulations, at both state and federal levels, are a major reason that contractors and agencies turn to industry or lobby organizations. In both state houses and in Washington, D.C., an awareness of what regulations and laws approaching the public pipeline is usually insider information. It is central to the work of industry organizations and lobby groups to know what is going on and to know how to influence it.

Delivering information and persuasive arguments to lawmakers once the wheels begin to move are core responsibilities of industry associations and lobby groups. In doing so they can help an industry avoid suddenly facing regulations that chew into time and money and generally make working life harder than it needs to be to achieve the agency’s intended goal.

“When it works,” says Nick Goldstein, assistant general counsel and vice president environmental and regulatory for the American Road and Transportation Builders Association (ARTBA), “ the regulatory process is a good one.

“The regulatory process is there for the industry to hear about what is being worked on. These are regulations that are going to affect businesses,” says Goldstein, “and you can affect that.” For instance, he points out “EPA recently backed off regulatory limits on turbidity for stormwater including construction site runoff.

“When regulatory machinery is working properly, members of industry, or their representatives, can go in and talk to EPA about their concerns and their ideas. Where you run into some problem is what can happen when you don’t have that full process playing out.” These are cases, says Goldstein, where an agency – and EPA has done it – does not work via proposed rules but turns to administrative machinery that in effect bypasses the “usual’ channels, making it harder for industry groups to be heard before changes are made.

“When we know what is coming we can be very effective for our members. It’s harder when it comes out of left field,” says Goldstein.

Goldstein also points out that the current surface transportation legislation Map-21, allows the states to step into a greater role in environmental review processes in the transportation infrastructure industry or even parts of that process. “Not a lot of people are doing that right now in the states, but the opportunity is there,” says Goldstein. “Hopefully some states will take advantage of that.”

His point – if this does begin to happen there will be even more chances for industry to see the wheels of regulation begin to turn and to have a chance to influence their rotation.

In April the Federal Court of Appeals for the Ninth Circuit, which covers the most of the Western U.S., sided with ARTBA in refusing to widen the scope of the federal Clean Water Act (CWA) to cover regulation of pre-treated, wooden utility poles exposed to rainwater on construction sites.

In Ecological Rights Foundation (ERF) v. Pacific Gas and Electric Co. and Pacific Bell Telephone Co., the court declined to expand the definition of what is considered a “point source” under federal law. The ruling, says ARTBA, removes a potential roadblock that could have needlessly delayed transportation improvements.

ARTBA joined with 15 other industry associations in urging the court to reject arguments that would have expanded CWA to cover wooden utility poles because rainwater fell on them and mixed with chemicals the poles had been treated with. For purposes of transportation development, once something is considered a “point source” it is under federal control, and subject to the permitting authority of the EPA and the Army Corps of Engineers

An expanded definition of “point source” could have resulted in a scenario where the EPA and the Corps would have the option of exerting jurisdiction over any construction materials touched by rainwater, says ARTBA, potentially adding years to an already expansive review and approval process for urgently-needed transportation infrastructure projects aimed at reducing congestion and improving safety. 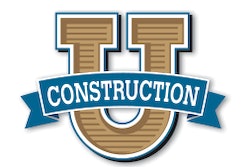 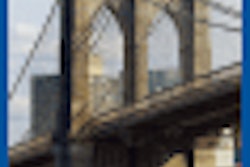 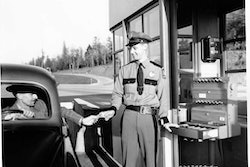