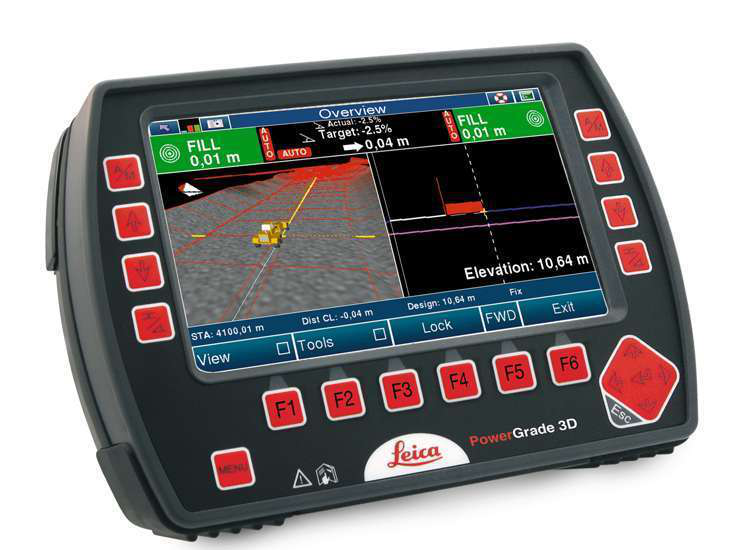 Because the Leica PowerGrade 3D machine control system automatically controls a bulldozer blade to cut a grade to the correct elevation, no rework is necessary. “The fact that you don’t have to go back and redo any work is probably at least a 50 percent savings over the whole job,” says Mathews.

Sunco is the first contractor to attack a grading project, and does everything from clearing and grubbing up through building pad installation, curb and gutters and roads. To date, Sunco has used its Leica machine controlled equipment on six multi-family residential projects, ranging from Cameron Court, a 64-unit complex in Perry, Ga, to Silverwood Place, a 42-unit complex in Rincon, Ga.

“As a small contractor, we felt we needed a competitive edge in the market,” says Mathews. “Our GPS system brings a comfort level to the owner, who now knows we have taken the guesswork out of the equation by building precisely to grade.”

Mathews bought the PowerGrade 3D systems from his local Leica dealer, Construction Laser, of McDonough, GA. Leica Geosystems, a worldwide leader in manufacturing systems for positioning and machine control, markets them to customers through dealers around the world. Mathews, the customer in this case, says he chose Leica largely because he was impressed with a demonstration given by Construction Laser. Moreover, he was aware of Leica’s leadership position in the marketplace. “Their reputation was enough to convince us,” says Mathews.

Sunco operators love the new display screens on the PowerGrade 3D systems. “Those systems keep my guys on the machine,” says Mathews. “They can actually see everything they need to dig and work the job from one end to the other without ever having to get off the machine. On the screen, you can rotate the job around and see it from any angle you want to.”

On the dozers, the PowerGrade 3D system lets the operator see the blade position relative to design grade, says Bridges. The only difference between the excavator system and the dozer system is that on the dozers, the controls are tied into the hydraulics. “The operator can flip a switch and the blade will automatically level up to design grade,” says Bridges. “It’s automatic blade control; the operator just drives the machine.”

Training new operators with the PowerGrade 3D system is easy, Mathews says. “Those systems speed up training time, because the operator can see where his blade is relative to the design elevation at all times,” says Mathews.”The whole job is right here in front of you on the screen. You can put in offsets, cut the job down, put in your roads between the building pads, the whole nine yards!”

Mathews says the Leica machine controls served him well while grading the 14-acre Cameron Court site. It required moving 150,000 cubic yards of earth, and had many grade changes. “We had the bulk of the earth graded and the pads set up in about a month and a half,” says Mathews. “We did the road work with both of the bulldozers. We used the excavator to cut everything down to grade, pull slopes and build ponds. And we did use the GPS systems to check grades on manholes. We would set the bucket teeth down on a manhole or other benchmark and check grade on