By day, he puts his massive arms to work on a construction site, where he is known simply as Frank.

By night, Frank Segundo’s arms are draping 300-pound men over his back before pounding them into the unforgiving mat below. Those men, the countless who have been pinned to a three-count loss, know him as Bronco Internacional.

Segundo, who immigrated to New York in 2000 from the Dominican Republic to work in construction, was recently profiled by the Wall Street Journal. In 2010, Segundo started the Bronx Wrestling Federation, also known as the BWF.

His love for wrestling started in his home country where he was a luchador, a wrestler that performs in the Mexican acrobatic style of lucha libre. “Lucha libre is my passion, my life,” he told the Journal.

Segundo, 51, even built the ring where the BWF holds its shows and where his wrestling school trains 50 new recruits and performers. The federation includes wrestlers from all walks of life: old and young, fitness center employees, restaurant managers, correction officers and counselors.

But all of them share the dream of wrestling professionally on the big stage of prominent leagues such as World Wrestling Entertainment (WWE). 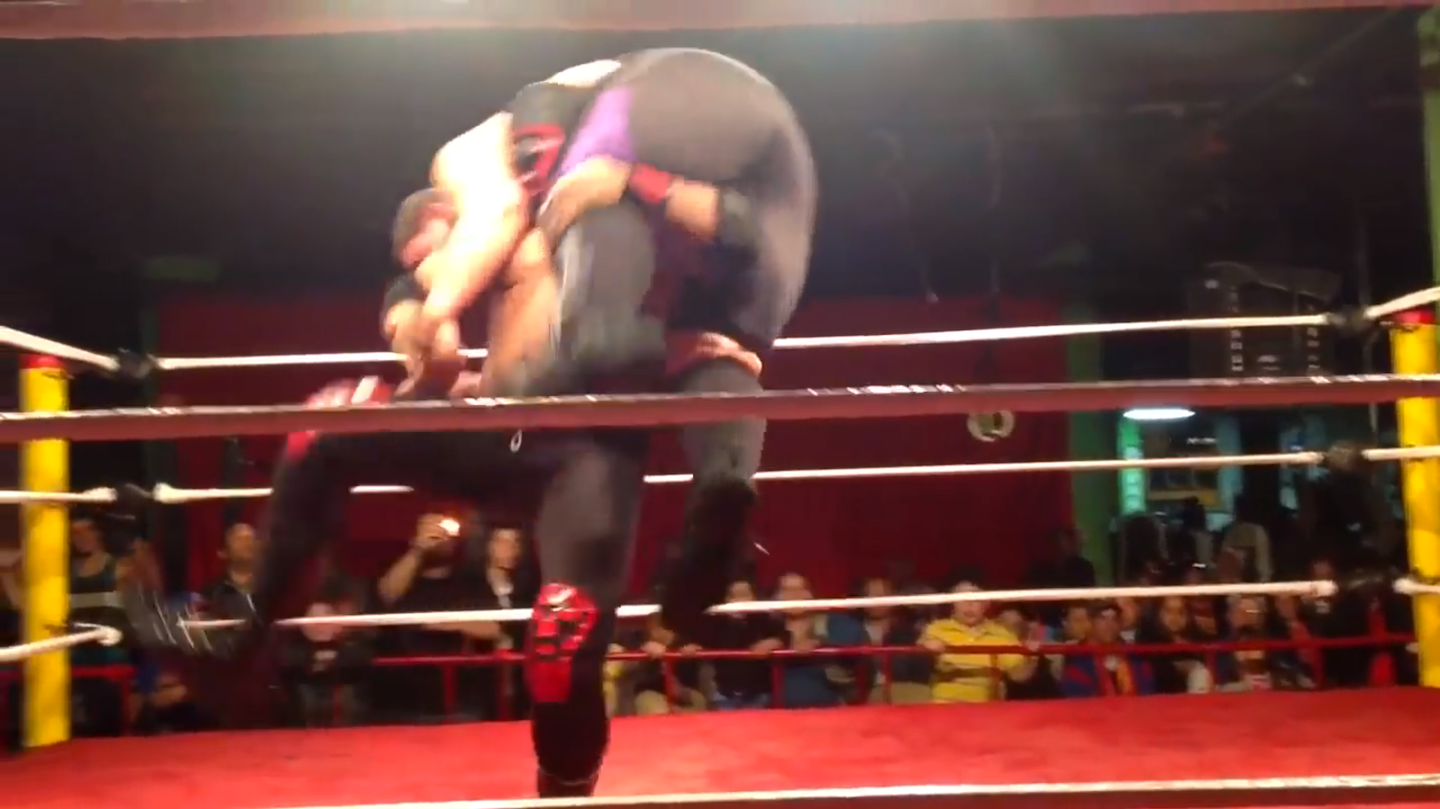 Bronco Internacional slams his opponent, the Beast, to the mat. See the video of the match below.

Unfortunately, that dream won’t come true for the majority of these guys. That might seem like a hard pill to swallow—especially when understanding the amount of pain they subject themselves to, despite the predetermined nature of the matches.

But the love of the sport wins out. Especially when they see how much the kids that attend the matches enjoy it.

“I am the idol of many children,” Segundo told the Wall Street Journal. “When I go on stage the kids go crazy. I go home with pain, but in my mind I think, ‘Wow, everyone was so entertained!’”

Robert Semler, 42, goes by the name Bobby C. Dinero in the ring. He said that though he makes no money for his efforts, it’s OK.

“You want to leave a legacy of some sort,” said Semler, who keeps a scrapbook filled with photos of his character and fliers advertising his matches. “And if for me it’s being a wrestler and a good man in life, then that’s all I want.”

You can watch a match featuring Bronco Internacional (Segundo) below. Theres quite a bit of showmanship at the beginning of the video so fast forward to around 5 minutes to get right to the action.