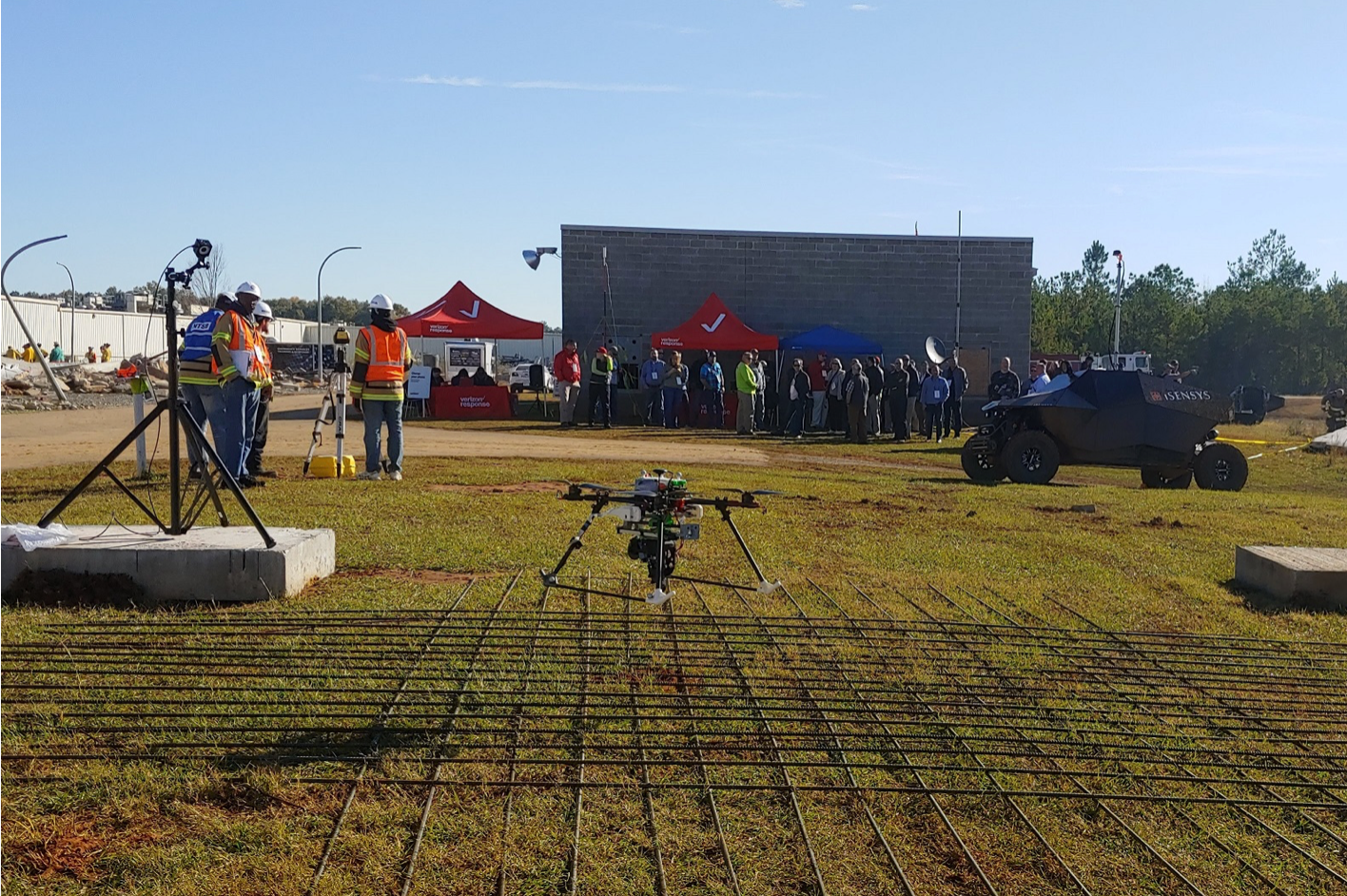 A couple of weeks ago we told you about TyBot, an autonomous rebar-tying robot. Another such product introduced at World of Concrete 2020 is from SkyMul, and they have designed a drone that will swoop down on your rebar mat, identify each individual rebar intersection, tie it off and move on to the next.

You heard that right, a drone.

The company is a startup from the Georgia Tech Robotics Institute, and while this year they plan to subcontract the rebar-tying drone as a service to contractors, next year, the goal is to sell the drone itself to companies in the concrete business.

According to Stefan Posey, cofounder and chief technology officer, the drone can identify rebar intersections without CAD files, site plans or manual programming. Instead it uses computer vision and machine learning to map the work area and locate the intersections autonomously.

Once the drone sees the intersection, it drops down onto the mat, wraps the two pieces of rebar with wire and takes off again for the next intersection. SkyMul can tie approximately one intersection every 10 seconds, says Posey, depending on the spacing of the rebar. This may not be as fast as a worker with a rebar tying gun. But the drone doesn’t take breaks, vacations or need to occasionally stand up straight to stretch their backs either.

What this enables the contractor to do is to redeploy people usually tasked with tying rebar to more productive work such as column and vertical rebar installation which requires the dexterity and skill of a rodbuster.

Those who used to spend hours tying rebar can also be trained to be more of a drone technician says Posey. These workers would make checks to ensure the drone doesn’t have issues, swap out batteries, replace the tie wire spools and—should there be an anomaly—command the robots to ensure safety of workspace.

“This is a skill set that doesn’t yet exist, but it creates a new type of job,” says Posey.

This new type of job is also a new paradigm that’s integral to the automation of the construction environment. In essence, what you’re doing is taking a guy who does hours of low-skill, backbreaking work and elevating his status to a higher value, less physically debilitating job while at the same time increasing the productivity of the site.

Safety is another huge benefit to using the SkyMul drone to tie the majority of the rebar on your sites. “Walking over mats, bending over constantly is precarious,” says Posey. “If you twist your ankle you won’t be carrying rebar the next day. Rob busters who do this kind of work have ten times more soft tissue injuries than other workers in the industrial trades, according to the company.

SkyMul is looking for contractors to work with them on pilot projects, especially those around the Atlanta, Georgia area. If you are interested send an email to contact@skymul.com.