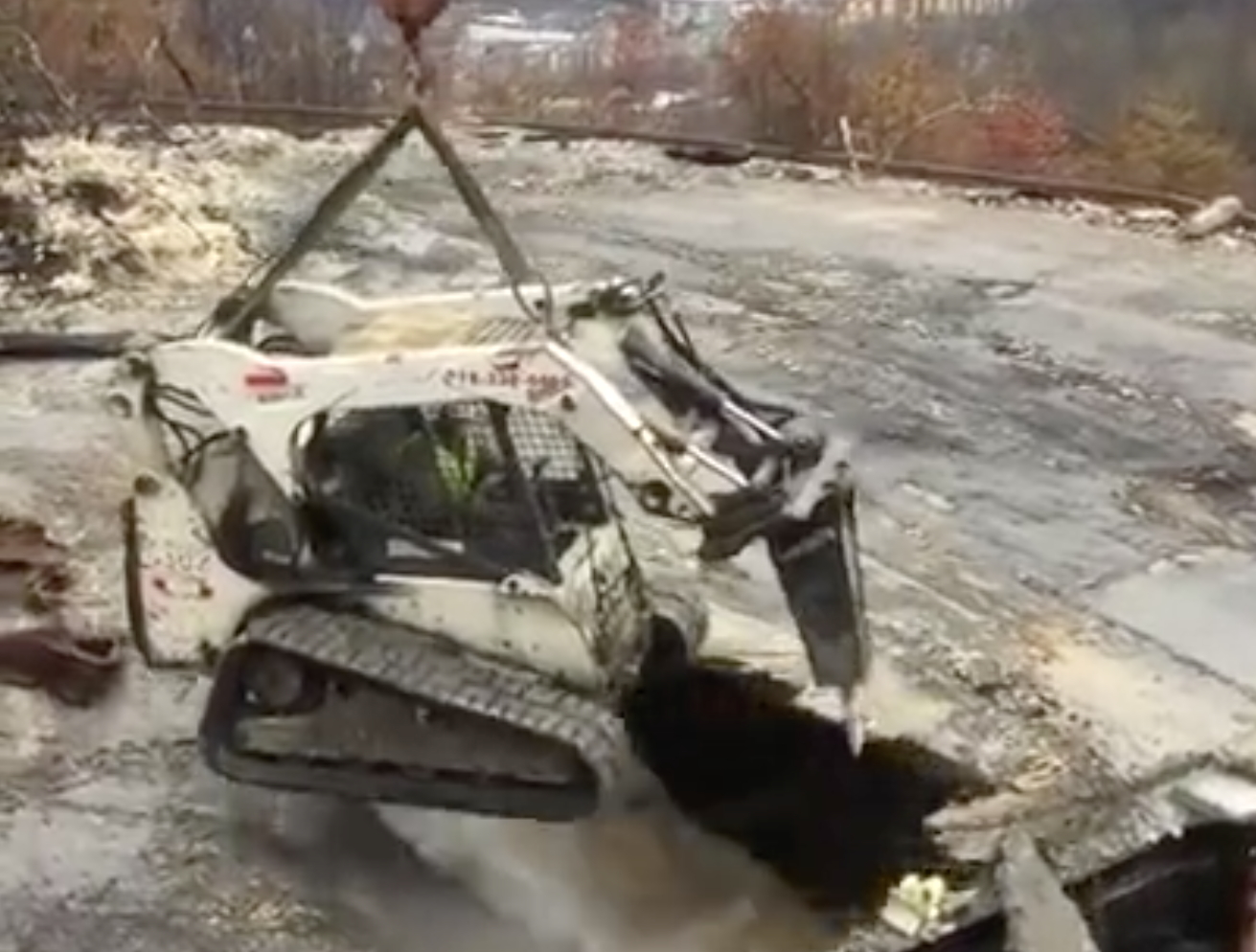 Here’s another jobsite video that’s beginning to float around the internet a bit. In it, the operator of a Bobcat compact track loader is suspended above a building by a crane while demoing concrete below. With a few hits of the machine’s hammer attachment the concrete soon crashes below as the Bobcat floats safely above a fresh hole.

Most of the copies of this video we’ve seen floating around show just the 30-second clip of the concrete falling. But another clip, since removed from YouTube and running about 90 seconds, showed that there appears to have been some nerves surrounding this risky operation.