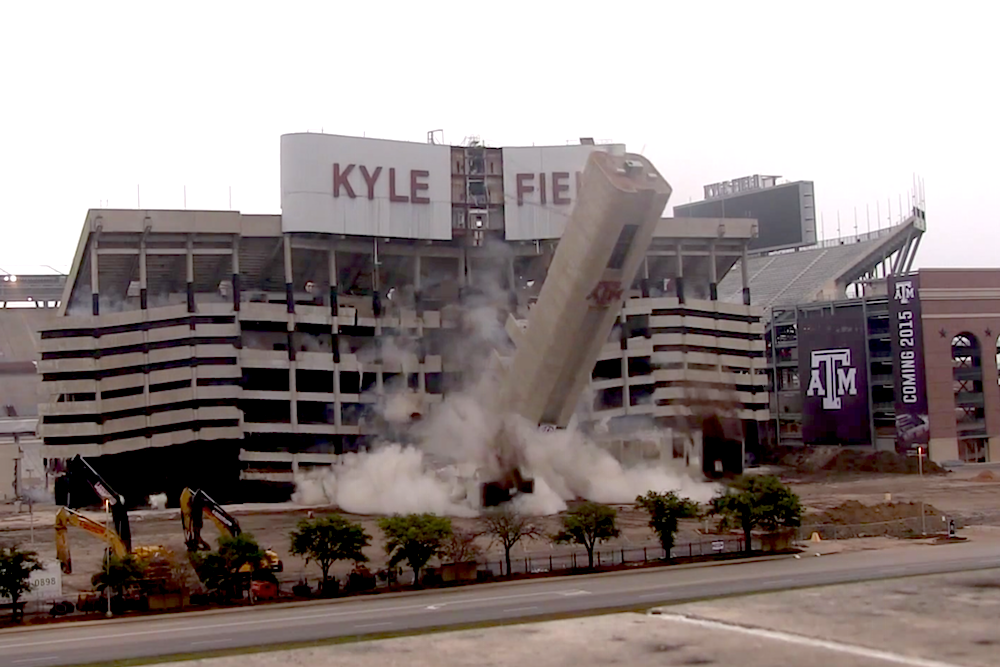 As they do on most weekends this time of year, Texas A&M officials and fans gathered at the university’s football stadium. But not for a game. No, this time they were there to destroy part of the stadium rather than cheer inside of it.

And man is that a beautiful way to blow up part of a structure. Just look at how those front three columns fall forward while everything in the background drops like a curtain. Very nice work.

According to the Dallas Morning News, the university is beginning a $450 million redevelopment of the stadium’s west side now that the regular season is over in college football. The big centerpiece to the project is a Hall of Champions reflecting back on former Aggie football stars. Work on the project is expected to be completed in time for next season. Don’t miss the video below.