Just a few weeks ago we saw a motor grader courageously cross a river using a rope bridge with a less-than-trustworthy appearance. Today, we’ve got footage of another brave grader operator with a swift river to cross. But this time, there’s a distinct lack of bridge.

The operator judges that it’s probably shallow enough to cross at this section, and almost makes it across. Unfortunately, he greatly underestimates the depth and power of the river near the other side.  The grader gets shoved like a toy downstream before it catches on something below the surface. Since the video ends with the machine still in great peril, it’s unclear if the operator is able to escape the machine or if his co-workers on the other side were able to tow them in. It’s just more evidence how dangerous cutting corners while operating heavy equipment can be. 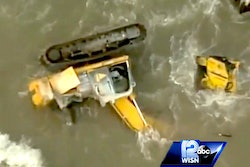 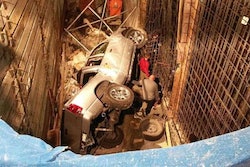 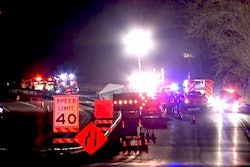 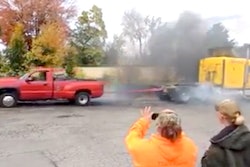