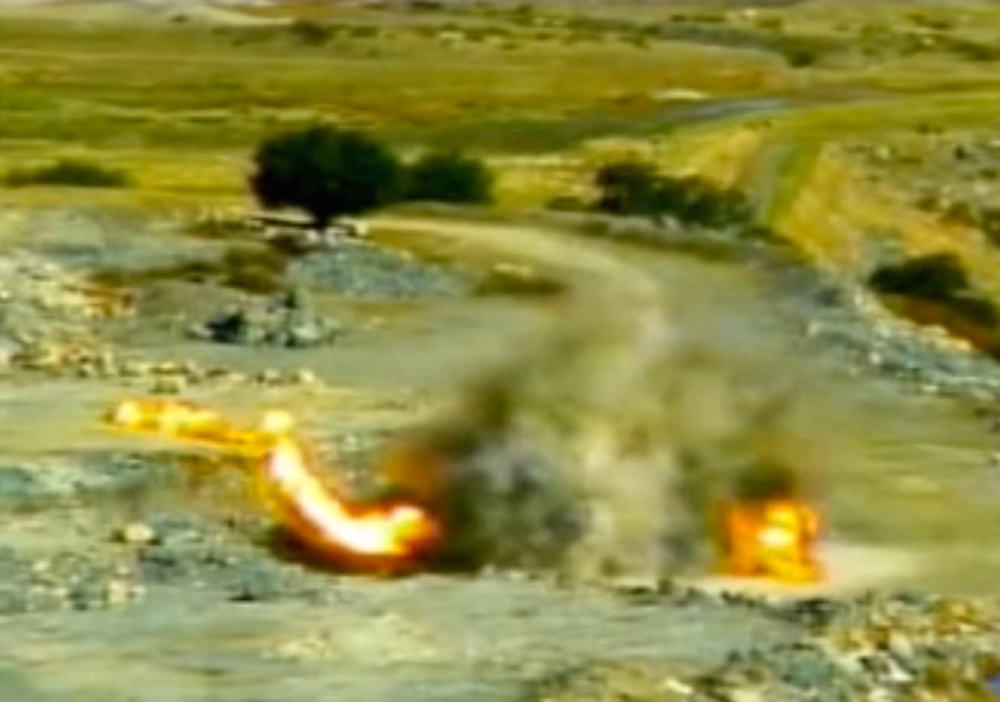 If you recognize the clip below, that’s because it might be one of the greatest things to ever happen on TV. And if not, we’re pleased to introduce it to you. Once you hear the sound this truck makes shortly before turning into dust, you might never forget it.

The story behind this massive explosion? It starts with the problem of dried concrete in the barrel of concrete trucks. Because you can’t get every last drop of concrete out of the barrel, a layer of hardened concrete remains on the barrel. After a while, that layer needs to be chiseled off. So, in a 2005 episode of the Discovery Channel show Mythbusters, the team wanted to know if a stick of dynamite is powerful enough to scrape the barrel of a concrete truck clean. In an interesting—but decidedly less cool—portion of the show, the team finds that a stick and a half of dynamite does shake a good bit of the concrete loose from the barrel.

Desiring a bigger explosion however, at the end of the episode they decide to use a bit more dynamite with the aim of destroying the truck completely. And boy did they succeed. Watch the video below.