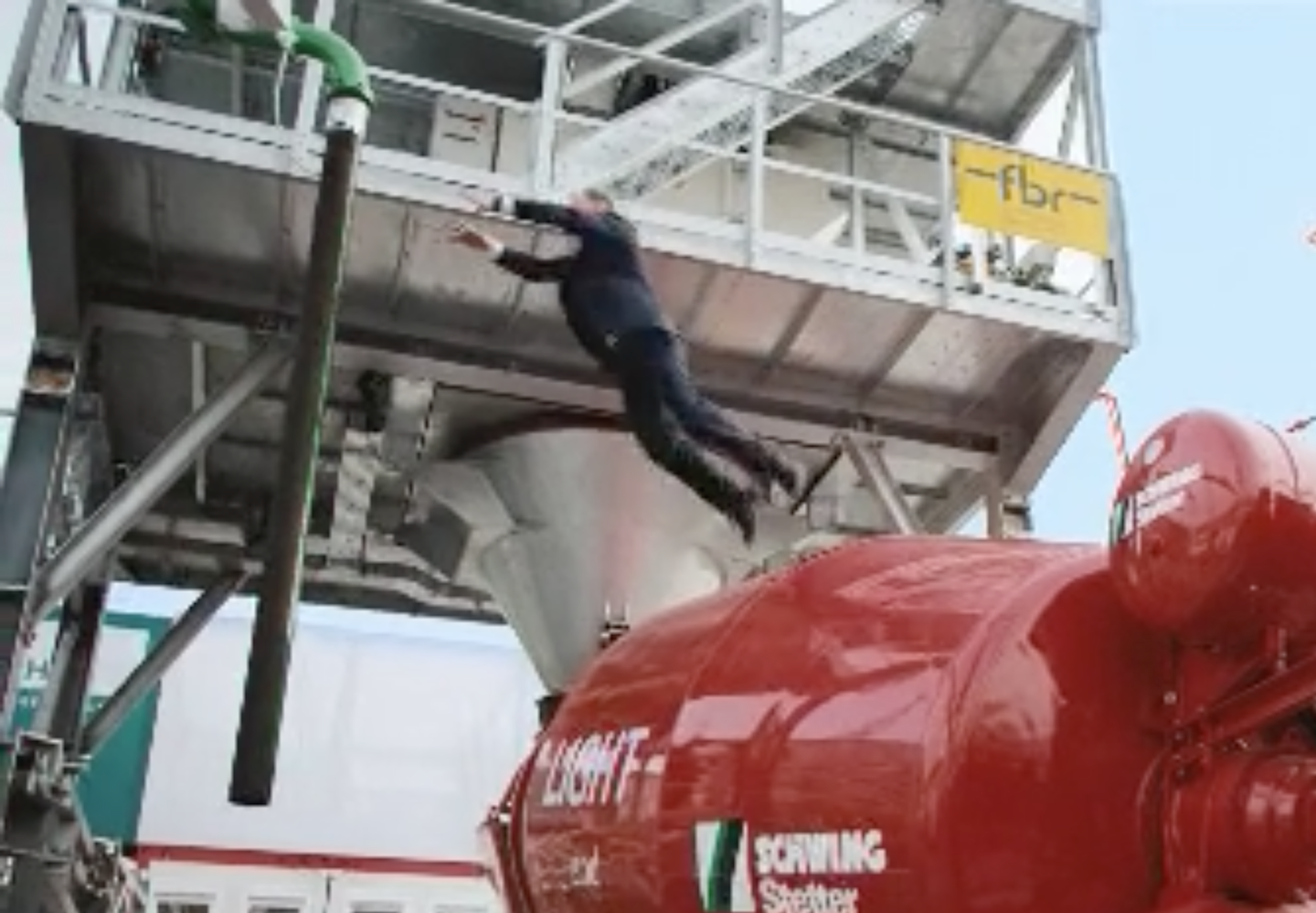 While ConExpo-Con/Agg immersed us in 2014, there was one show exhibitor that had its sights on 2016: the producers of the bauma (intentionally spelled with a lower case “b”) trade show, slated for April 11-17, 2016 in Munich, Germany. ConExpo-Con/Agg is absolutely the premier construction equipment show for North America, enticing nearly 130,000 visitors two weeks ago, but in terms of sheer volume, bauma has the industry bragging rights.

At last year’s show, it had 535,000-plus visitors, more than 3,400 exhibitors and 6.2 million square feet of exhibition space. We know. We covered it. The show, now going by the tagline, “The heartbeat of our industry,” will only eventually get bigger, building two additional halls after the 2016 event. Also on tap: a repeat of the hugely successful Think Big area, designed to draw young people into construction.

But a trade show promoter’s work is never done. To give everyone a taste of bauma’s vast landscape, they produced this cool short stunt film, with the obvious underlying warning “don’t try this at home.”

While the short film is short on plot, (it appears that the main character is trying to see this massive show as quickly as possible), it makes up for it in amazing parkour stunts. Just in case you’ve never heard of parkour, this type of free running and and jumping through obstacles defines that discipline. If equipment lovers think of construction equipment trade shows as playgrounds, this guy clearly does but in a very different way. Watch the video below.