Slipform pavers designed for curb and gutter work are echoing the design additions of machines primarily used for concrete paving applications. This means the focus has shifted to control systems.

The process in laying down concrete doesn’t vary at a basic level, but what’s created at the back end of a curb and gutter machine, such as the profiles curves, is more in line with a true three-dimensional product. Contractors can also use these machines in multiple settings, switching from large-scale projects to small commercial jobs.

Granted, the success of these applications depends upon a skilled operator, but demanding projects and schedules, not to mention the broadening skills gap and aging out of expert workers, have prompted manufacturers to step up their game in operation technology.

“The technology is tremendous, it’s just going so fast,” says Kevin Klein, vice president of engineering/research and development for GOMACO. “We still make a lot of physical, mechanical-type changes in our machines, but it’s all about the controls. The changes being made now are to accommodate what we’re able to do with the controls.”

During the ConExpo show in March, Klein offered a look at the latest modification to one of his company’s signature machines, the Commander III. This newest version, the Commander III X, or Xtreme, is using control system updates, along with increased smart sensors, to allow a relatively big machine to create a tight radius.

“With all the controls and sensors, everything we’re putting into the G+ package now, is part of the reason we’re able to do this. What makes this ‘Xtreme’ is that we have the slew rig steering.”

This feature helps steer the tracks, but it’s just a small part of what the machine can do with all the added sensors. There are smart sensors on the cylinders, for example, and where the molds are positioned.

“The controller knows where everything is at,” Klein explains. “You know how the machine is configured and set up so it knows that it’s coming into a radius, whether it’s on stringline or whether it’s on 3D control. The machine anticipates where the radius is and it starts to change things immediately, instead of waiting for the sensor on the stringline to tell it where it is.”

“The machine counts down and it knows how fast it’s running because we’ve also placed speed sensors in the tracks,” Klein says. “So as it comes up to that point, it knows how long it’s going to take to get to a point where it has to start making a steering correction. So then it automatically starts making a steering correction and those sensors really aren’t doing anything from that point, the controller is doing the rest of the steering.”

As far as operator reaction to these controls, Klein says, the generational gap becomes apparent.

“The old-time guys will crawl up here and say, ‘Well, I don’t want any part of this – I know how to do this. I’ve been doing this for 45 years.’ But then you put some of these newer guys up there, and this is what they want. It’s just so intuitive the way the controls are written out. That’s that generational gap – the younger guys can pull a lever and do what they want to do.”

For Tim Messinger, president of Curb Fox Equipment, the stringless/GPS capability is the most significant recent technology added to his company’s machines.

“Even though our pavers have not generally been used on jobsites where this technology is practical, that is changing, and the demand for it is growing,” he says. “So we are now offering the Curb Fox 5000-T with the option to plug in the Leica stringless system.”

This model is the company’s largest and seems to make more sense for the increased technology. While the majority of GOMACO’s machines are made for large paving contractors, Curb Fox products are used more by smaller, more specialized concrete contractors.

Messinger says: “The size of the customer will tend to increase with the size and cost of the machine. But there are many exceptions to this general rule.” No matter the size, Messinger says, most customers like the simplicity and ease of mobility.

“On the 2000, contractors want low cost and tight radius capability,” he explains. “With the Curb Fox 3000, they expect all the above features along with some versatility and more productivity. And with the larger machines, customers want versatility on applications and job conditions.”

Stephan Bullock, vice president of sales and marketing for Power Curbers/Power Pavers, says one of the company’s newest models, the Power Curber 7700, has been introduced to stretch into the larger contractor market.

“We are capitalizing on infrastructure with this new four-track machine,” he says of the product introduced at this year’s ConExpo. “Our bread and butter in the past has been residential and commercial construction, so launching the 7700, along with the Power Paver 2400 series four-track pavers, is going to be integral in our move to infrastructure.”

As with Curb Fox, Bullock says his company’s goal is to make their machines less difficult to run.

“We design the machine around the operator, trying to make the operator’s life easier and more productive,” he says. “All of our design principle is around simplicity, and that’s what we’re hearing contractors want.”

He says operators have keyed in on the machine’s simple design and ease of operation, service and maintenance. “We have what we call simple steer on our machines,” Bullock says. “With the push of one button, it gives you multiple steering functions.”

These machines’ added technology has naturally increased demand for maintenance technicians. This presents a challenge as the skills gap and industry-wide problem of finding and keeping technicians for construction equipment loom over OEMs.

Klein agrees, but says engineers are incorporating this into their designs.

“At the same time that we’re creating additional capabilities, we’re also adding self-diagnostic features that really help those technicians,” he says. “But it still requires some good technicians. It changes what the mechanic who goes out to the field does. He’s probably going to have some kind of device that he’s tapped into, or he’s going to look at telematics before he gets there and sees what he needs to do.” 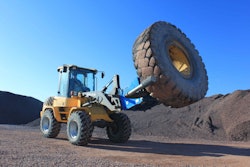 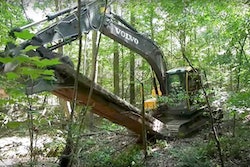 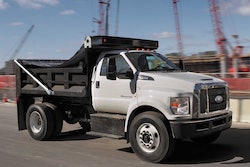