The new L 526, L 538 and L 546 wheel loaders all feature hydrostatic drive, compared to the company’s pre-Bauma introduction of its XPower loaders, which use a power-split transmission.

The new loaders, however, do share one feature with the previously announced loaders: the XPower cabs, which offered roughly 4 inches additional space over previous models in both width and length.

Liebherr says the hydrostatic drive can help the loaders achieve up to 25 percent more fuel efficiency compared with wheel loaders of the same size class.

The hydrostatic drive allows rapid and continuous acceleration in all speed ranges without discernable gear changing or interruption in tractive force. It also automatically applies the brakes so the service brake only provides a supporting role.This, combined with continuous traction control and automatic self-locking differentials, can help reduce tire wear by up to 25 percent, says the company.

Each loader is powered by a Liebherr engine, controlled by the Liebherr Power Efficiency system. Emissions aftertreatment includes a diesel oxidation catalyst, diesel particulate filter (DPF) and selective catalytic reduction (SCR). The engine is mounted in the rear of each loader, giving the machines the ability to attain higher tipping loads while requiring less counterweight.

Customers can choose between either a Z-bar linkage, for applications that require more breakout force, or a parallel lift linkage. All three machines have larger axles than previous models, with automatic self-locking differentials. 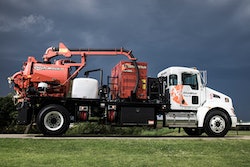 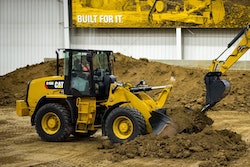 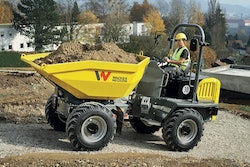