A construction worker from New Jersey has been convicted and sentenced to 33 months in federal prison for his role in a narwhal tusk smuggling operation.

According to a report from the Bangor Daily News, in addition to his jail time, Andrew J. Zarauskas, 61, of Union, New Jersey, was also ordered to pay a fine of $7,500 and “forfeit $85,089, six narwhal tusks, ranging from 35 ½ inches to 95 inches in length, and a rare narwhal skull that had two tusks rather than one.”

You might be wondering how an “underworked” blue-collar guy like Zarauskas wound up smuggling something as random as the massive horn-like tusks of these whales which call Arctic waters home. Apparently there’s a lot of money in it because it’s super illegal.

Narwhals are a considered a “threatened” species under the Endangered Species Act and it is illegal to bring parts of the whale into the U.S. without a permit and before declaring them to both Customs and the U.S. Fish and Wildlife Service, the Daily News reports. Because of their distinctive tusks, they are referred to as “the unicorns of the sea.”

So, just in case you thought this crime wasn’t that bad, just remember that narwhals are the closest thing we have to actual unicorns. Plus, you obviously haven’t seen Elf.

The judge in the case said Zarauskas could have made $90,000 from the tusks in his possession.

Zarauskas maintains his innocence and plans to appeal his conviction, saying though the tusks were in his possession, he didn’t assist in any of the actual smuggling. He lays that responsibility solely on the man he bought the tusks from, Gregory Robert Logan, who “obtained the tusks in Canada and sold them on the Internet to Zarauskas,” the Daily News reports. 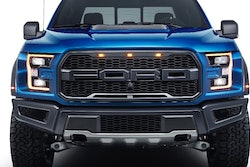 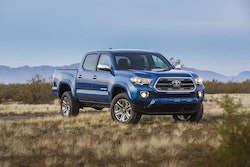