According to a new study of the construction equipment industry released Tuesday by the Association of Equipment Manufacturers, the industry was among the quickest to recover from the throes of the Great Recession and contributes nearly four times its market share in value to the U.S. economy.

Sanctioned by AEM and authored by Inforum, an economic industry research organization based out of the University of Maryland, the main thrust of the study was to establish an understanding of the construction equipment industry’s economic footprint as well as its performance over the past decade and how it weathered the recession.

The study first notes that despite the economic turndown, both domestic sales and imports are both up significantly in the 15-year period between 1998 and 2013. Domestic sales doubled from $25 billion to $52 billion while U.S. exports have nearly tripled to $14.5 billion.

But in the four years that followed, construction equipment manufacturing regained its footing quicker than most other U.S. industries.

Between 2009 and 2013 the value of construction machinery shipments made here in the U.S. doubled from $23.2 billion to $52.2 billion, growing an average of 20 percent a year. That growth is expected to continue through 2014 due to pent-up demand, easier credit and continued low mortgage rates.

In 2012, construction equipment manufacturing was responsible for $49.8 billion in gross output. But to find the economic footprint of the industry, the study went beyond that figure also adding in downstream services  such as trade and transport margins and repair and maintenance services, along with upstream supply chains. In total, the construction equipment supply chain output $126.8 billion in 2012.

And since 2009, though the industry’s share of the total economy is only 0.1 percent, it has actually contributed about 0.4 percent of total Gross Domestic Product (GDP) growth.

In terms of total value added to the U.S. GDP, the industry is responsible for $57.1 billion—about the same as the entire state of Idaho.

The report also spends time looking at the decrease in infrastructure funding over the last 50 years and the resulting deterioration of American highways and bridges. Between 1968 and 2012, infrastructure investment as percent of potential GDP in the U.S. has fallen from more than 4.5 percent to 1.5 percent, according to the study.

In making the case for extra infrastructure spending, the study says many infrastructure investments can have benefit-cost ratios of 3 or more and says technological advances in new construction equipment are “making new projects feasible and holding down their cost.”

“Infrastructure spending can also help the economy in the short run by lifting aggregate demand in the economy and stimulating greater growth,” the report says. “The extra spending stimulates construction and supporting industries such as materials and equipment manufacturing. It also ‘induces’ new activity as the increased income of infrastructure workers and their supplier is spent on household consumption.”

You can read the full report, which also spends some time looking at employment and pay in the industry, by clicking here. 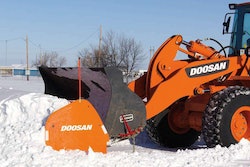 PHOTOS: See the attachments, truck parts and other construction gear you might have missed in our end-of-summer roundup 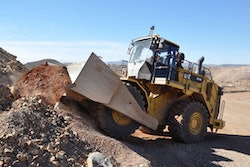 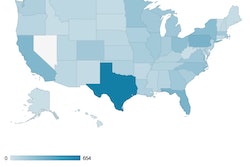