Infrastructure on the cheap

The New York Times today has a decent article on the toll the heat and drought is taking on our nations’ infrastructure.

As expected, global warming got the blame. But I wish the writer would have addressed what is probably a more significant cause–the fact that we build our infrastructure as cheap as possible.

The trouble with so many NYT articles is that their reporters don’t get out in the burbs and burgs sufficient to see what a bunch coots and codgers there are running politics at the local level. These good old boys don’t care how low the specs go as long as the roads get built just before elections and they get the credit. The mantra out here  as I’ve heard many times before, is: “Just make it long, thin and black.”

So it is with the Tea Party and the anti-government wing of the republican party. They want the cheapest possible government regardless of how much it costs us in the future. And as the NYT article clearly shows, cheap is costing us big time today.

Throughout Europe most roads are built to nearly twice the spec as U.S. roadways. I was in LIchtenstein several years ago and started noticing how well the roads were built. On close inspection I saw that the manhole covers were set so perfectly into the asphalt that there wasn’t so much as a 1/4-inch difference between the top of the road surface and the top of the manhole cover.  Around here the manholes are so poorly set you can lose a hubcap if you hit one dead on.

The NYT article also made mention of the “horrendous cracking” in the clay based soils of East Texas. But that’s nothing new. 30 years ago  gaps would open and close in the ceiling beams in my parents’ San Antonio home as seasonal drought and heat caused the clay beneath the slab to move. The clay has always been there, but the builders back then strong armed city code officials into accepting lower quality soils and less than adequate reinforcement in the concrete slab. As a result–dancing slabs.

You want cheap. You got cheap. I don’t know what the fix is for global warming. But the fix for cheap infrastructure is easy. Build it better.

In the 1950s we spent 6 percent of GDP on infrastructure. Today we spend 3 percent, and it shows. 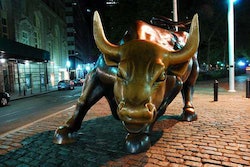 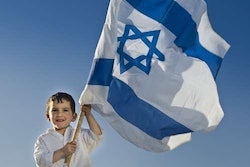 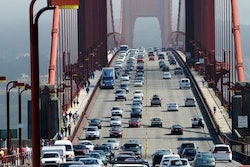