The truth is, while there are still a relatively large number of structurally deficient bridges across the country, roughly 58,500, that figure has dropped in recent years. It’s still not good, as the American Road & Transportation Builder’s Association estimates with current funding levels, it would take 21 years to replace or upgrade all those bridges.

Being labeled structurally deficient only means a bridge has at least one structural defect that needs to be addressed. It doesn’t necessarily mean the defect is critical, but it does sound ominous to the general public.

To rectify and help prevent these defects from becoming worse and leading to the need for a replacement or rebuild, bridge engineers turn to preservation techniques. These projects are designed to either sustain or improve the condition of a bridge that’s already in good condition, but do not necessarily improve the structural integrity or even add capacity. The main purpose is restoration.

As defined in the FHWA Bridge Preservation Guide, these techniques are “actions or strategies that prevent, delay or reduce deterioration of bridges or bridge elements, restore the function of existing bridges, keep bridges in good condition and extend their life. Preservation actions may be preventive or condition-driven.”

Bridge preservation boils down to preventive maintenance (PM), which involves efforts to prevent deterioration and maintain, or even improve, the functional capacity of a bridge. PM steps that may extend bridge life include sealing or replacing leaking joints (or even eliminating deck joints altogether), deck overlays, cathodic protection (CP) systems for decks, electrochemical chloride extraction (ECE) treatments and concrete deck repairs in conjunction with installing a deck overlay, a CP system or an ECE treatment.

Cyclical preventive maintenance is a system that schedules particular maintenance activities on a predetermined basis. This would involve, for example, installing a bonded polymer overlay every 10 to 15 years, a rigid overlay like silica fume and latex modified concrete every 20 to 25 years, or sealing concrete decks with a waterproofing penetrating sealant every 3 to 5 years.

That sounds straight forward, but with thousands of bridges in some states a cyclical plan is sure to miss a few structures. So, preventative maintenance, as FHWA’s definition of preservation points out, is often condition-based, which means an issue is found through inspection.

States have different preferred methods in their preservation toolboxes, and what works well for one state may not hold up to conditions in another state.

Indiana has recently adopted the practice of applying thin overlays, such as polymeric overlay materials, to be placed periodically.

“Most of our preventive maintenance efforts have been focused around waterproofing and eliminating bridge joints,” says Jeremy Hunter, bridge design manager with the Indiana Department of Transportation (INDOT). “Then, we try to waterproof the decks, whether it’s polymeric overlays or another material. We’re trying to start doing routine surface sealing on a cyclical basis of the bare concrete decks, and then also crack filling.”

Hunter feels the agency has made significant improvements to their bridge decks using crack filling because of the frequency of crack shrinkage, even on new decks.

“We haven’t really had a good way to address that, because surface sealing is a part of every construction contract that we do. But then we know that those cracks will continue to expand until that surface seal doesn’t really cover them and prevent the intrusion of the chlorides.”

Hunter says INDOT has really struggled with expansion joints. “I’ll talk to the construction people about it and I’ll talk to our asset managers about it, and they’ll say they felt like the contractor really went above and beyond doing the best job they possibly could. But, we still get these failures, simply because it’s so hard to replace an expansion joint. It has been one of the biggest issues.”

“We’re in the process right now of trying to replace some expansion joints because they almost always leak at some point in time,” he explains. “That causes deterioration of substructures and even superstructures, and the corrosion of steel beams. Particularly of concern to us, is that you can always blast and clean a steel beam, but when you get precast or prestressed concrete beams that get moisture in them and you get corrosion—that’s a little more challenging.”

Port says Iowa’s top preservation activity is installing high-density polymer concrete overlays, where 1/4-inch of the surface is milled off and 1 1/2-inches of overlay is added. “We’ve been using these since the 1970s, and that’s probably been our most effective long-term preservation activity. It probably wasn’t thought of as preservation back then, but it definitely extended the time before additional work was needed on the decks.”

For the North Carolina Department of Transportation’s Division 1, which is the northeast corner of the state extending to the Outer Banks, latex modified concrete with hydrodemolition preparation is the preservation technique of choice.

Latex modified concrete is a hydraulic cement with aggregates added when mixed with a latex emulsion. It was designed in the late 1960s and is essentially a waterproofing compound that reduces porosity. RK&K Consulting Engineer and NCDOT Division 1 Resident Engineer, Jeff Thatcher. says it’s providing mixed results in his experience.

“The consistent challenge is we’re using these new technologies like latex modified concrete and we end up with problems in the field where it doesn’t fit exactly like it should on the plans,” he says. “Then we’re forced to make decisions based on absolutely no anecdotal evidence as to what’s going to happen 40 years down the road. I don’t have 40 years of history with latex modified concrete to go by.”

Thatcher’s concern touches on an issue with bridge preservation, in that it’s a relatively new aspect of the bridge construction industry. “We don’t have enough history with it yet to know where you can bend and what must remain rigid,” he adds. “These specifications were developed based upon, in a lot of cases, research done in academia that we’ve now translated into these specifications that we’re trying to use in the field. We don’t have the control over our circumstances in the field that they have in academia.”

“It gives the longest lasting surface and shields the deck from chloride infiltration,” he says. “In environments where deicing salts are used, it is important to understand that you have to protect a bridge from the top down. Latex concrete is a material that was designed especially as a wearing surface for bridge decks, and when properly applied, it can sustain a 25 to 30 year protective life over the deck. It is important that the overlay is well bonded to the deck, and that is where hydrodemolition is a valuable process to properly prepare the deck; giving superior surface preparation, removing all deteriorated concrete, and not leaving any microfractures in the substrate.”

Techniques aside, a dragging procurement process is one of the top challenges to a state’s bridge preservation program.

Hunter says a big part of the struggle in Indiana is not so much what to do, but how to get to the point that they’re actually doing the work. INDOT’s entire project plan development process was based on large projects, which could take nine to 10 months for procurement under the best of circumstances. By implementing changes in the agency’s design manual and plan development process, specifically for preventative maintenance, Hunter says they’ve drastically reduced the procurement timeline.

“Now, we’re looking at a 30 to 60-day process,” he says. “It’s really critical, because some of these preservation line items are almost at emergency status. You see something that’s broken and you want to get out and fix it quick, because either it’s going to cause substantial deterioration or it’s a safety issue.”

Limitations on Iowa DOT’s bridge crews, such as limited road closure times and low manpower, created a backlog of projects. The agency took data from these projects to build a case for increased funding and an accelerated procurement process.

“We took that information and went to management, and they increased bridge maintenance funding and started with $2-$3 million,” he says. “We got that up to about $9 million a year now and it doesn’t go on our program. It’s a funding source we can use and it’s dedicated, allowing us to react a lot quicker. We can do a certain number in a year or two if we can get plans made, and they don’t have to go to the (Iowa Transportation) commission. If we change our mind, we can change our mind. We don’t have to go back. We can react a lot faster and we’ve got it dedicated to a dozen or so activities that we’re willing to fund. It doesn’t mean we’ve got all we need, but it has helped out a lot.”

Martens agrees that a streamlined procurement process is key to addressing preservation issues.

“Beyond the obvious need for more funding, being able to quantify the benefit of bridge preservation and then educate the key decision makers who develop policy is crucial,” he says. “Many front line managers understand the effectiveness of preservation and how it can extend the life of our bridges, but it is often a hard thing to prove and sell to upper managers. Preservation is a mindset, and it requires a sustained commitment.” 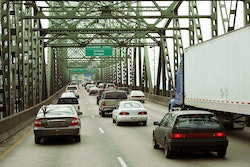