Vermont Agency of Transportation (VTrans) Secretary Sue Minter has resigned her post to make a bid for governor of the state. She had only served in the position since January, but had been with the agency since 2011.

Deputy Secretary Chris Cole will head VTrans until a replacement is found. The agency has a $600 million budget and more than 1,300 employees.

“The employees of VTrans are our greatest asset, and I thank each and every employee for their hard work on behalf of Vermonters, Minter said. “This decision is motivated by what I have seen Vermonters accomplish when we come together. I am confident that by working together we can make our state a place where our economy can grow and every family can thrive.“

Her formal candidacy announcement will come next month.

Before being named secretary, Minter served as deputy secretary for four years. She was named the Vermont Irene Recovery Officer following the damage caused by the tropical storm in August 2011 and was responsible for all recovery and resilience work after the storm, which decimated more than 500 miles of roads.

Minter also is credited with leading efforts resulting in dramatic decreases in the number of structurally deficient bridges and roads in poor condition.

“For four years, Sue Minter has been working hard to keep Vermonters moving forward,” Governor Peter Shumlin said. “Whether it was overseeing recovery efforts following Irene, steadily improving Vermont’s transportation infrastructure, or managing one of the largest agencies in state government, Sue has been an invaluable asset to the state of Vermont. She is smart, driven, and an incredibly talented leader. I wish her all the best.”

Cole was named deputy secretary in January and prior to that served four years as the director of the VTrans Policy, Planning and Intermodal department. For 10 years before that he was the general manager of the Chittenden County Transportation Authority. 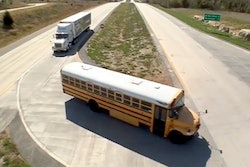 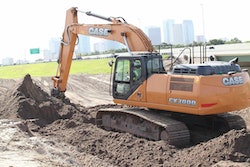