Oklahoma’s stormy spring has been called a “once in 300-years flood,” and such significant weather carries an equally significant price tag.

The total damage to the state’s roads, bridges and other infrastructure could end up costing upwards of $200 million, according to what the director of the Oklahoma Department of Emergency Management told KOCO 5 News. Director Albert Ashwood said the federal government has already identified about $75 million in damage, but that’s guaranteed to increase.

“It was a huge flood, there was no doubt about that,” Ashwood said of the spring weather that dumped upwards of 65 inches on some parts of the state—almost double the annual average.

The storm has closed roads across the state, including a section of Interstate 35 between Dallas and Oklahoma City. It took Oklahoma Department of Transportation workers six weeks to get the highway ready for travel again by removing about 14,000 tons of fallen rock from the road.

ODOT spokeswoman Terri Angier said the work on I-35 alone has cost $2 million, and there is plenty more work to be done.

“We’re finding funds in every pocket we can to keep things moving,” Angier said. “We’re doing everything we can to not only repair all the damage we have, but also help the counties with theirs.”

And they’re getting some help from the federal government. The Federal Emergency Management Agency approved assistance for 59 counties that will pay 75 percent of the recovery costs, but the state and local governments will split the rest of the check. The State Emergency Fund has $13.6 million, which Ashwood said is enough for the short-term needs.

“We anticipate more, and they do too,” Angier said. “… This was a once in a 300-year flood that we got in Oklahoma. We’ll have to look everywhere and find funds.” 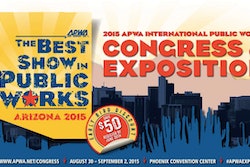 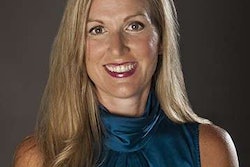 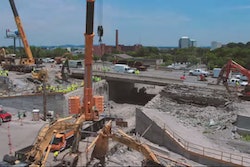