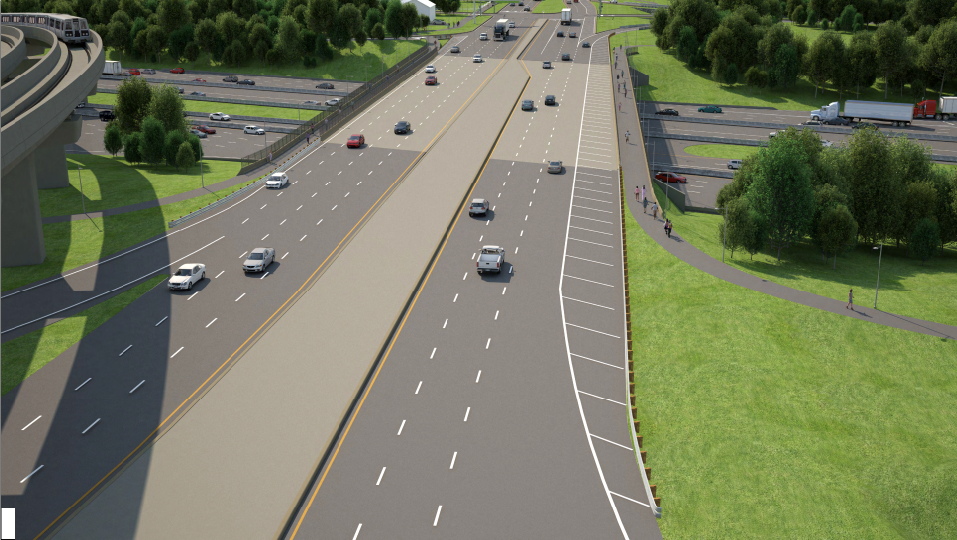 A rendering of the Route 7 project in Fairfax County.

The Virginia Commonwealth Transportation Board (CTB) has approved $48.5 million for two bridge rehabilitation and widening projects in the Virginia Department of Transportation’s (VDOT) Northern Virginia and Richmond districts.

The larger of the two projects is estimated at $39.9 million and covers two bridges and a section of Route 7 traveling over the Dulles Toll Road in Fairfax County. G.A. & F.C. Wagman Inc. of North Dinwiddie, Virginia, will replace, widen and raise to 16.5-foot clearance the existing superstructure. The bridges were built in 1960. Route 7 will be widened to six lanes. The estimated completion date is May 2018.

The second project, for $8.6 million, will be a bridge replacement over rail tracks on U.S. 460 in Nottoway County. Curtis Contracting Inc. of West Point, Virginia, will replace the 86-year-old bridge with a new structure made up of to 12-foot lanes with 10-foot shoulders. The shoulders are planned to allow for cyclists and pedestrians.

More details on the project, which is set for completion in June 17, are available here.