Infrastructure spending has been a hotly debated topic as of late, but it still isn’t as high a priority as one might think amongst likely Iowa Caucus attendees. And even more perplexing, the issue is divided in priority between those who identify as Republicans and Democrats.

In a recent Des Moines Register/Bloomberg Politics Iowa Poll, 78 percent of those identifying as Republican, and likely to attend the Iowa Caucuses, said infrastructure was a topic they want candidates to spend time discussing. On the Democratic side, 88 percent chose infrastructure as a hot topic.

The divide is even greater in ranking topics. For Republicans, infrastructure ranked eighth in total percentage of those saying yes to wanting to hear the topic discussed by candidates, falling behind the budget deficit, national defense, taxes, terrorist groups, job creation, immigration, and international trade. For Democrats, it was the third highest topic, coming right behind energy and income inequality.

In the Des Moines Register’s report on the survey, Jeff Manza, a professor of sociology at New York University whose research and writings cover political sociology, public policy, and social inequality, said the poll’s findings offer a look at the mindset of the parties’ leadership.

“The underlying difference right now between the policy agendas of elites at the top — which has increasingly filtered down into minds of ordinary citizens—is a fundamental disagreement about the role of government in the modern world,” Manza said. “What you’re seeing in the Iowa data here is simply a reflection of the agendas of the leadership. It’s the voters following the leaders—the rhetoric of the leaders and the policy priorities of the leaders.” 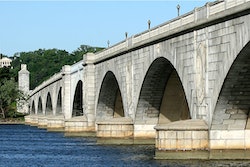 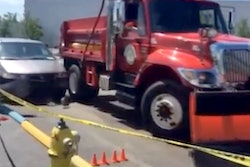